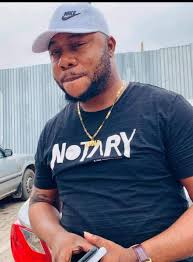 Report has it that a popular on-air-presenter, Titus Badejo has been shot dead.

Badejo, who was formerly with Naija FM, Ibadan, the capital of Oyo State was gunned down at a popular club at Oluyole around 9pm.

According to sketchy report, the victim also known as ‘Ejanla’ was said to have been shot by 4 assailants who arrived the club on bikes.

Effort by Mouthpiece NGR to speak with the Oyo State Police Public Relation Officer proved abortive, at the time of filling this report.