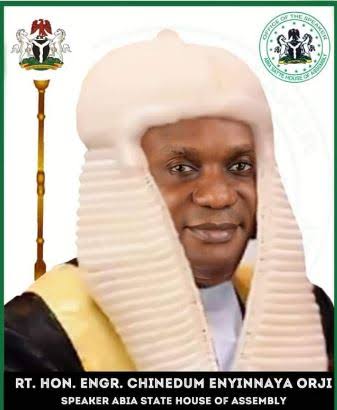 A statement made Available to Mouthpiece NGR on Tuesday indicated that Abia civil servants have been having a hard time due to extreme hardship resulting from several months of nonpayment of salaries since the present government under the leadership of Governor Ikpeazu.

Civil servants in different sectors in the state have lamented and demanded justice, fairness and equity for not just the slash of their salaries, but nonpayment of the remaining percentage for months.

According to Abia Renaissance Group, last week news broke out how the Abia State House of Assembly took delivery of brand new hilux Suv’s in face of hunger and starvation of Abia workers.

This is coming when Abia State workers are being owed an average of 25 months including workers in Abia Polytechnics 26 months, Abia State University 10months, Hospital Management Board 19 months, College of Technical Education Arochukwu 27 months, Abia Teaching hospital Aba 20 months. However, this particular institution was paid one month last month in view of the accreditation team that is being expected in the school, State pension 28 months, Local Pension 21 months, Local government workers 7 months.

All these workers, according to the statement, have dependants that are starving even when the federal government has been consistent in sharing of allocation every month among the fedrating units.

The group recalls that it took the news of non payment of MDAs to go viral before salaries were paid 17 days after the receipt of the FAAC allocation of May 2021.

“Though they were paid after their salaries were cut by different amounts depending on their grade levels, many workers are yet to get their May salaries till date.”

“To demonstrate how insensitive the leadership of the House of Assembly led by Rt.Hon Chinedum Orji is to the plight of poor workers in Abia state, the Speaker we are told insisted and blackmailed the Governor into approving a second Jeep claiming that it is committee offical car.”

“It is instructive to note that a landcruiser Prado was given to these house members on being sworn in on the 10th of June 2019.”

The group noted that before the ceremonial two years celebration after inauguration, not minding the financial impications of these reckless acquisitions, the Speaker forced the State to suspend payment of salaries to procure 35 units of 2021 Hilux SUVs at the cost of N1.3b using bank loan.

“This has messed up the finances of the state to the extent that obligatory or statutory payments are left unpaid as the State is currently haemorrhaging under huge loan repayment obligations.”

“We have 24 house members but we are told that the bazaar of hilux extended to even non house members. The family of Sen. T. A Orji got 5 units of Hilux vehicles. This includes one for the father Sen. T.A Orji, The mother Eunice Odochi Orji ,Mr Ugonna Orji and Mr Chiamaka Orji.”

“Other beneficiaries include Erondu Uchenna Erondu Jr ,The Clark of the house, The Accountant General of the state and the first family got the rest two totaling 35 units.”

“We are also told that two house members( one from Umuahia and Osisioma) that paid N2m addition for automatic transmission were denied  and they were handed a manual transmission not knowing how to get their refund.”

“At N1.3bilion which is enough to pay one full month MDA salary for Abia workers , it suggests that each of these hilux jeeps cost an average of N37m.The highest cost per unit among vendors.”

“This is the height of insensitive in face of hunger and starvation.”

“We are calling on Abians of good conscience to get interested in the affairs of the State  as what is beyond us has taken us hostage.”

We also call on all Igbos to show concern in what is going on in Abia as the state needs serious help and save the State from the kleptomaniac few that has held down the State for long.”