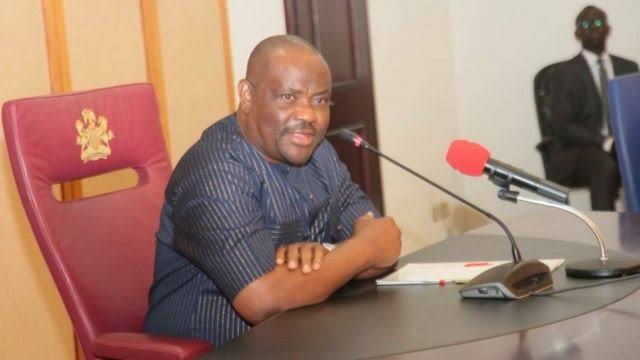 Governor Nyesom Wike of Rivers State has said that his party, the Peoples Democratic Party (PDP) will suffer if he leaves for another party.

Wike made the assertion on Monday while briefing newsmen in Government House, Port Harcourt the state’s capital.

The governor’s claim is coming barely one week after his Cross River counterpart, Ben Ayade dumped the part for the ruling All Progressives Congress, APC.

Nyesom Wike who claimed that he would win election in any party he joins, stressed that PDP in Rivers State lack political detractor.

The governor described himself as asset to the national opposition party, accusing some members of the PDP’s National Working Committee (NWC) of been “tax collectors”.

Babangida Aliyu is a mole in PDP. They get information from the PDP and send it to the ruling party. I am an asset to PDP if I leave the party today I will win election in any party I find myself.

There is no political detractor in Rivers PDP as long as the party is concerned. If there is any State PDP is sure of winning election, it’s Rivers State. Aliyu is a political liability to PDP.

He is not an asset. He once said that the northern governors worked against Jonathan but some of the former PDP governors from the north denied it. I want to tell you that Aliyu opposed the election of Secondus as the National Chairman of PDP only to turn round to support Secondus when he was coasting to victory. How can a man who cannot organise ordinary Congress in his State ask PDP National Working Committee.