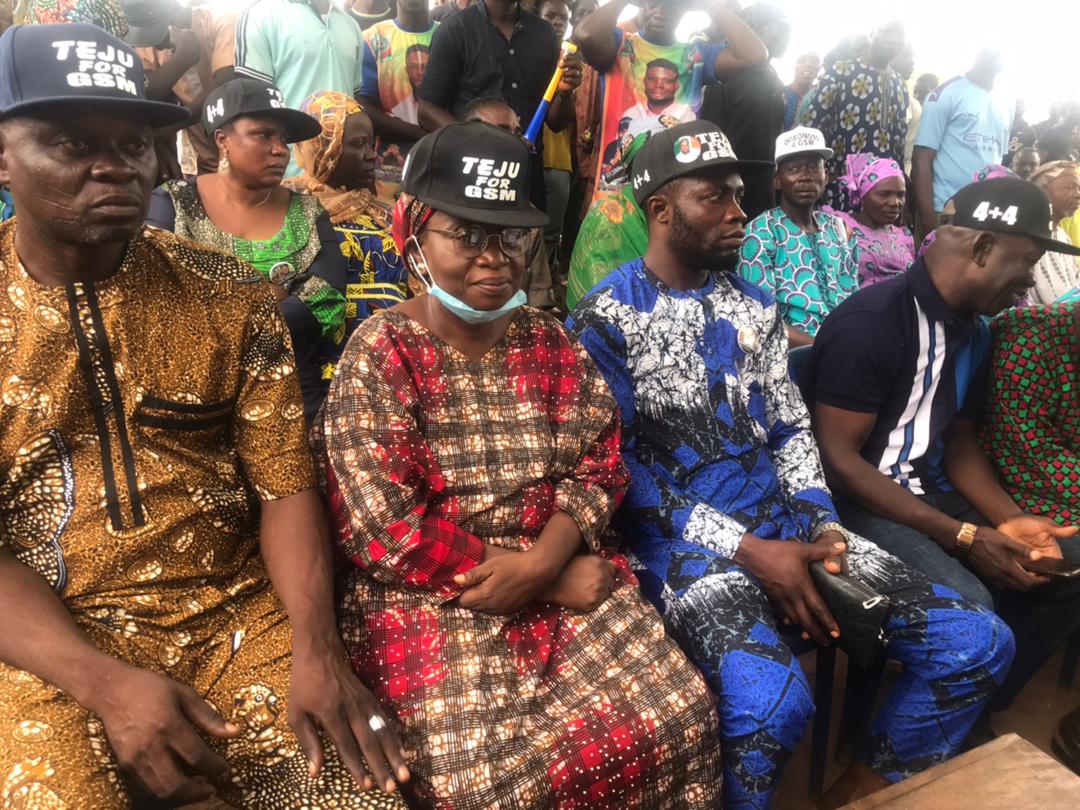 AHEAD of the forthcoming local government elections in Oyo state, the candidates of the People’s Democratic Party in Orire Local Government, Hon. Teju Alaba and Mrs Lydia Bankole on Friday led their final campaign train to Oko-Ile and Ahorodada in grand-style.

The people in both wards troops out en mass to welcome the chairmanship candidates and co- travelers amidst funf-fair.

Mouthpiece NGR understands that these two towns— Ward 9 and Ward 10 are predominantly farmers.

While speaking, one of the villagers implored the incoming chairman to assist them with water supply and ensure that their children have access to quality education and job opportunity after graduation.

The second speaker asked the chairman to reconstruct roads which is currently in a deplorable state.

He said that some villages are also without water such that human and cows struggle to quench their thirst.

The third speaker however, specifically appealed to the chairman to make himself accessible to people, recalling that one of the past chairmen during his tenure avoided people through out his tenure.

In his words, Hon. Ezekiel Oyedepo urged all party members to see each other as one big family, appealing to everyone to strongly mobilize for the party’s candidates in the forthcoming local government election.

Oyedepo reiterated that everyone has his own time, adding that it could be another person’s turn tomorrow.

He assured the people of ward 9 that the good gesture of Governor Seyi Makinde in alleviating poverty and putting smile to everyone’s face especially during festive period would be replicated by the chairman and his vice. He said their staple foods for Ramadan Sallah would be brought to them next week.

Also speaking, Baba Bankole advised all aggrieved members to forget the past, shun any act of division and begin to see PDP as one family under the leadership of Governor Seyi Makinde.

While appealing to everyone to get their voter’s card ready, he noted that the only way to reward Governor Makinde who has been making life bearable and comfortable for the People of Oyo state is by re-electing him for continuity.

Onireti who was called to say few words at ward 10 promised to drill a motorized borehole in any of the wards with highest number of votes.

However, in his own words, Hon. John Adisa Oke admonished everyone to mobilize strongly for the party candidates in the forthcoming local government election.

He extended his appreciation to leaders for being thoughtful of a woman as Vice for dividends of democracy.

He therefore donated a whopping sum of 50,000 Naira for Teju Campaign team while also promised to sponsor 5 students from local government for NECO.