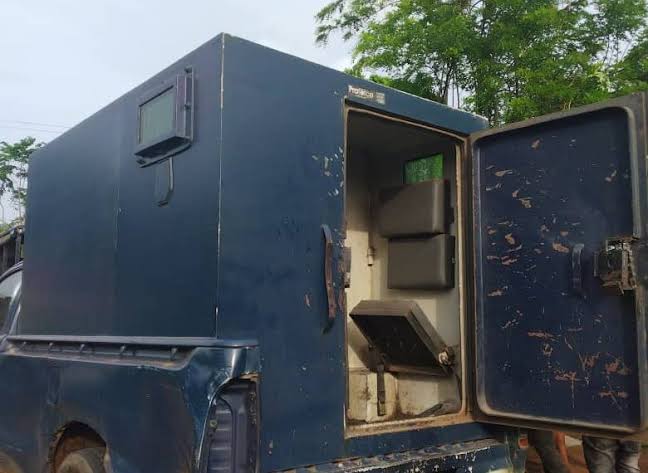 Witnesses said the robbers came in a Lexus car, waylaid and attacked the bullion van headed toward Akure around 5pm and made away with an undisclosed amount of money

Three people were shot in the operation, which last minutes before the gunmen ran into the bush, witnesses said.

“One of the victims was alive while it was not sure whether the other two survived it,” a witness said.

Residents also fled into the bush in the wake of the sporadic shooting.

Two of three vehicles in a convoy were riddled with bullets in the attack.

The eyewitness added that the men of the Ondo State Security Network Agency, Amotekun, were invited to the scene and took one victims to the hospital.

Commander of the Amotekun, Adetunji Adeleye, confirmed the incident.

“When we got the information, my men moved in there and met one of the persons that were shot at the scene and we have taken him to the hospital.”

There has been no casualty, he added.