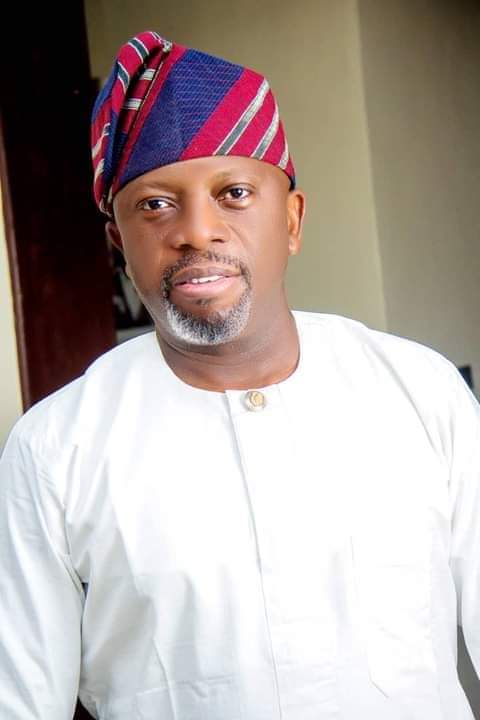 Countless and undaunted are the leaders I’ve crossed their path, a distinct personality whose linen had no stain is the distinguished Hon. Segun Ebenezer Ogunwuyi.

He was born by Baba and Mama Abraham Ogunwuyi of the great APAGBONRIN’s COMPOUND, in Arendala, Ijeru area, Ogbomoso.

The descendants of APAGBONRIN’s has there evolutionary advancement traced to the ” source of the soil” Ile-Ife and from Ife, they spread there tentacle to Offa.

They stayed for a donkey years at Offa, during there sojourn, there was a close relationship with “Erin”. There great-grandfathers as one of the inhabitants of Offa whose by Civic right and responsibilities should also be entitled to the throne were all denied their franchise.

There was a gentleman agreement within the forbearers of APAGBONRIN’s dynasty that since they were denied of their franchise to become a King, they had to leave the place. They relocate to where it is today known as Ogbomoso.

The APAGBONRIN’s were known to be Blacksmith “Agbede” and they worship Ogun – ” the god of iron”, till date at the family house via Arendale; there is still a symbol which shows the handwork of this lineage.

As a business oriented personality, The APAGBONRIN’s continue with their work “Agbede” but this man had a very close friend at Erin who is into selling metals, he was invited down to Ogbomoso to come and settle since they are business partner and as such he came and there was a simultaneous relationship among them.

No wonder are the numerous opportunities, the Oyo State government is benefitting today, as a result of the PPP initiatives which is been anchored by Hon. Segun Ogunwuyi, the D.G Oyo State investment on Public-Private Partnership, this was a clear evidence that it was an inherited trait from his forbears, it’s an inbuilt character, the D.G have more to offer.

Why then is the evolutionary name “APAGBONRIN” ?

(Do not forget that as at this time, the forbears had relocated to Ogbomoso, yet, his presence is being felt).