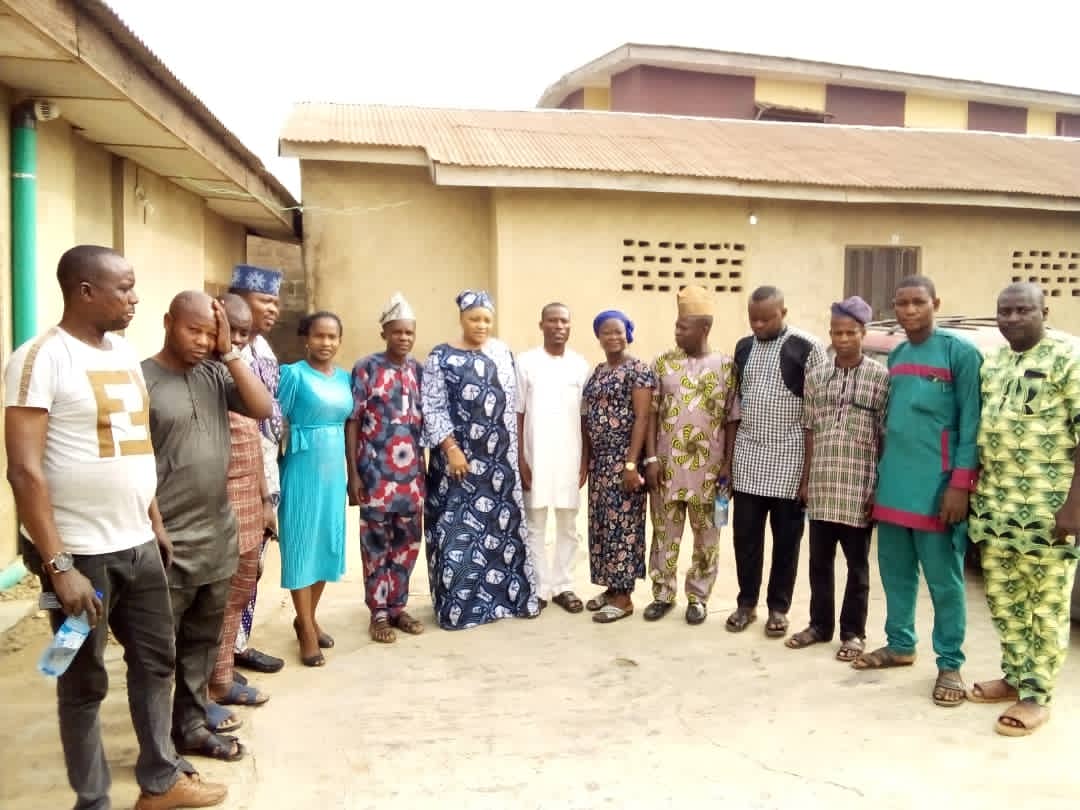 AHEAD of the forthcoming local government election in Oyo state, the chairmanship candidate of the People’s Democratic Party (PDP) in Oluyole local government, Hon. Olaide Settle alongside all the councillorship candidates of the 10 wards visited the palatial abode of Hon. Aderonke Adedoja ( Ara Oluyole) on a “Thank-you” visit on Wednesday.

Mouthpiece NGR gathered that the visitation was greeted with large excitement as it was indeed a family meeting. The host couldn’t hold back her joy as the honour was done to her.

While speaking, Hon. Settle explained the importance of leaders in running the effective government at all levels. He asked for the moral support and blessings of Hon. Aderonke Adedoja as they embark on another political voyage.

He commended her leadership dexterity, mentorship, motherly role humanitarian service towards uplifting the society and most especially her bid to get women equiped and empowered.

The chairmanship candidate further described the CEO ARA Foundation as an Outstanding humanitarian, passionate and distinguished Role model for women of this generation.

Hon. Olaide Settle did not hide his feeling concerning the recent Oyo State Women Enterprenuership Summit held at Jogor Centre when Women of achiever and of great repute attended.

He sought her leadership ability and appeased to her to continue to play the motherly role as she has been doing for the past.

He also implored the host to bring her wealth of experience both she had garnered locally and internationally to transform the people of Oluyole Local government.

In her response, Hon. Aderonke Adedoja firstly commended His Excellency for his administrative acumen and the way he’s paddling the affairs of our dear State despite the challenges. She saluted his wisdom used to quench and stabilize the ruffles surrounded the picking of candidates in the state.

She further advised the visiting candidates led by Hon. Olaide Settle to lead by example, work in the best interest of the party and in line with the Governor’s roadmap, vision in transforming, reforming and repositioning the state.

She appealed to them to uphold the unity of Oluyole Local government as one family, be steadfast and look for betterment of their people. She made them known that in unity they can take Oluyole local government to a greater heights.

She also advised them to think of ways to generate revenue instead of waiting for the allocation as a lot resources are in place to look inward in the local government to tap into.

Hon. Aderonke Adedoja promised to work with them and gave them total support in all ramifications. She explained that whatever position one find his/herself, one should see it as grace of God and try to better the lots of people.

She concluded by praying for the successful candidates to have a safe landing as they embarked on the political journey.