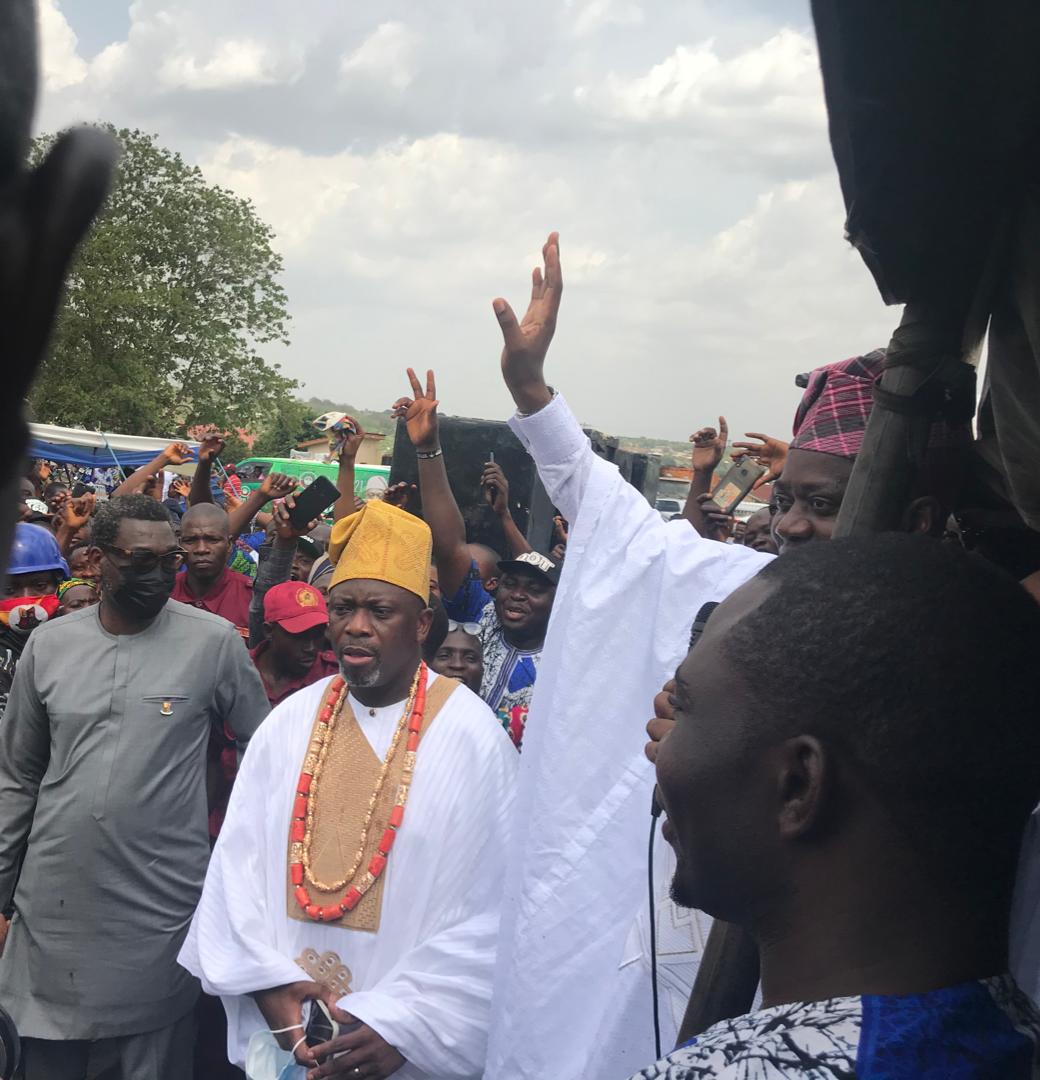 The Oyo State Governor, Engr ‘Seyi Makinde on Saturday adviced monarchs to always strive to give chieftaincy titles to credible Nigerians and not otherwise.

Mouthpiece NGR reports that Makinde stated this at Ogbomoso when he graced the installation ceremony of Hon. Segun Ogunwuyi, the Director General, Oyo State Investment and Public and Private Patnership Agency (OYSIPA).

He said by holding on to such principle, some numbers of good spirited and responsible Nigerians would be encouraged to render good service to the people/community.

The Governor while delivering his speech inside Lagbami Oseku hall in Ogbomoso South Local Government Area of Oyo extolled the virtues of the OYSIPA DG describing his installation as Otunba Mayeloye and his wife as Yeye Mayeloye of Ijeru Kingdom as a well deserved honour of the year.

Governor Makinde described the newly installed Chief as one of the leaders of Oyo state and Nigeria considering his good records in all the places he had served, adding that his footprints are still noticeable in the State House of Assembly many years after he left.

Makinde said, “First, I want to say that this honour is well-deserved and I want to thank God that one of us is being honoured at his homestead. They do say that prophets are usually not honoured in their homes but this one is honour at the grassroots.

“We have seen people who looted our collective resources and were also honoured with titles in different kingdom. But the personality of Hon. Segun whom Kabiyesi is giving this title which is the reason for our gathering is one who is having impact in the lives of our people in the state.

“He has served at the State House of Assembly with good track records.

“He has also served as Honorable at the Federal House of Representatives Abuja. I dig into his records and observed that he served meritoriously and since we got into government, I can confirm that he’s trying his best for the government of Oyo State as DG of OYSIPA”.

The Governor made special appeal to the King to always honor people like Honorable Ogunwuyi so that they can encourage others to serve the state.

The King, Oba Sunday Oladapo Oyediran, Lagbami Osekun III while speaking at the event said that, the Governor has started well by delivering dividends of democracy to the people of Oyo State.

He prayed that the Almighty will continue to guide the Governor to deliver more for the progress of the State.

One thought on “Only credible Nigerians should be given tittles, Makinde tells monarchs in Ogbomoso”