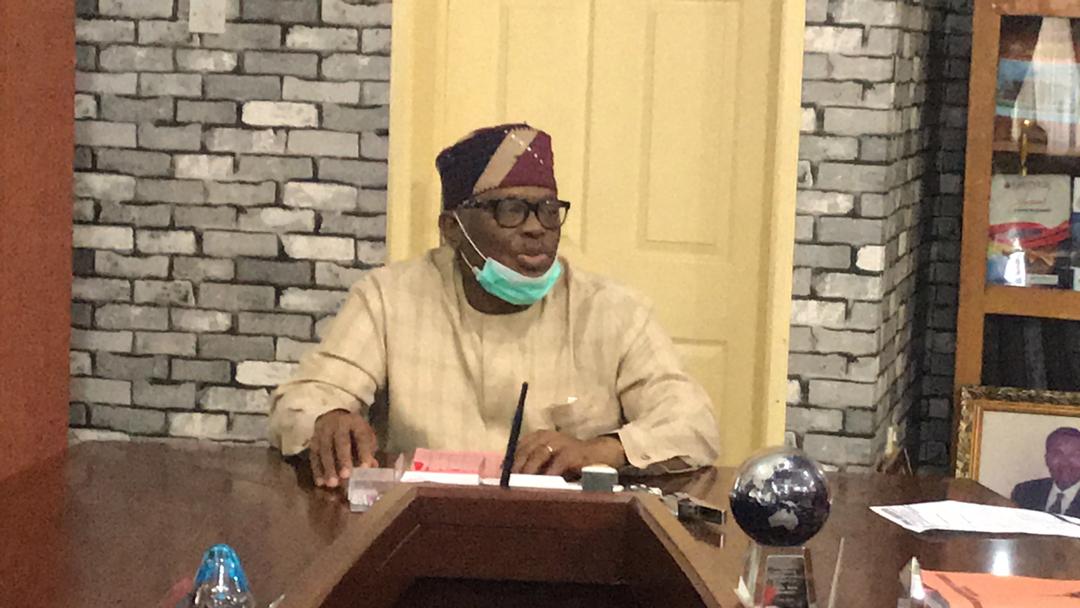 The union, in a statement made available to Mouthpiece NGR  on Sunday, said it received the news via a letter signed by the Oyo State Commissioner of Education, Science & Technology, Barrister Olasunkanmi Aremu Olaleye titled “Press Release” and dated April 16, 2021, with mixed feelings.

According to SSANU, the said letter did not categorically lay any allegation against the deposed Vice Chancellor other than saying that “His Excellency Engineer Oluseyi Abiodun Makinde, Governor of Oyo State and Visitor to Ladoke Akintola University of Technology (LAUTECH), Ogbomoso has directed that the Vice Chancellor of the Institution, Professor M. O. Ologunde should step aside until further notice”.

The union said the directive went ahead to instruct that, “consequently, the Vice Chancellor has been directed to handover forthwith to the next Principal Officer in rank in order to ensure uninterrupted flow of normal activities in the University”.

“Our Union in the light of equity, justice and fair play therefore, arising from her branch executive emergency online meeting held on Sunday, April 18,2021, having critically examined the contents of the letter and reports of our consultations with the members viz a viz the provisions of the LAUTECH Extant laws, wish to observe as follows, that:

iii). The power to appoint and terminate staff appointments is resided in the Governing Council and not the Visitor or his proxies including the Commissioner of Education, Science & Technology.

v). The purported letter signed by the Commissioner of Education, Science & Technology will have no basis in law and can only generate animosity and innuendos within the university community and between Oyo and Osun States more so, the joint ownership status of the university was just severed in December 2020 and unfortunately the deposed Vice Chancellor is a vestige of the arrangement prior to the dismantling of the joint ownership status.

vi). The “step aside” directive is considered hasty, cumbersome and incongruous to the order that brought in the current principal officers of the university on February 14, 2019, and should be reversed in the name of equity, fairness and good conscience and also negated the position of His Excellency on LAUTECH as said in his radio and television broadcast of Saturday, February 20, 2021.

The statement signed by its new branch chairman, Comr. Fajoye Hamzat Oyelere, read in part; “We would like to remind His Excellency, Engineer Oluseyi Abiodun Makinde that on Saturday, February 20, 2021, on a live radio program anchored by the Broadcasting Corporation of Oyo State(BCOS), he informed the whole world that he heard on a good note that the Vice Chancellor incited the Unions on campus to go on strike to demand for the payment of their Eight(8) months outstanding salaries and allowances having paid Eight(8)billion naira to Osun State on the separation of joint ownership.”

“The Governor in his final submission reasoned that he will allow the Governing Council to investigate the matter when it resumed work in order of him not to be seen as been despotic and undemocratic in dispensing judgment on the matter and that he will possibly not like a court case on the matter.”

“Today, that Council has not officially assumed duty in the university since its inauguration by the Governor on April 1, 2021.”

“Can we now ask the Commissioner where he derived the power to order the “step aside” of the Vice Chancellor when the Visitor he claimed to have directed him has openly declared that such power belongs to the Governing Council?”

“Our Union is not interested in who becomes the Vice Chancellor beyond the fact that we lobbied the last Governing Council to consider and give us a homegrown Chief Executive Officer of the University after more than 25years of existence.”

“Professor Ologunde can be removed by the Governing Council but not by the Visitor or his proxy. Even at that, his offense must be properly stated and investigated where he will be given opportunity to present his case to the extent of being represented by a lawyer of his choice if need be.”

“He is not a direct appointee of the Governor if we will like the rule of law to prevail.”

“SSANU will not want a confused situation where legal turmoil and civil unrest will be unnecessarily unleashed within the university community.”

“We plead with His Excellency, Engineer Oluseyi Abiodun Makinde to rescind the directive as it is being executed and allow the rule of law to prevail under the principles of natural justice pending the open investigation of the Vice Chancellor by the Governing Council if need be.”