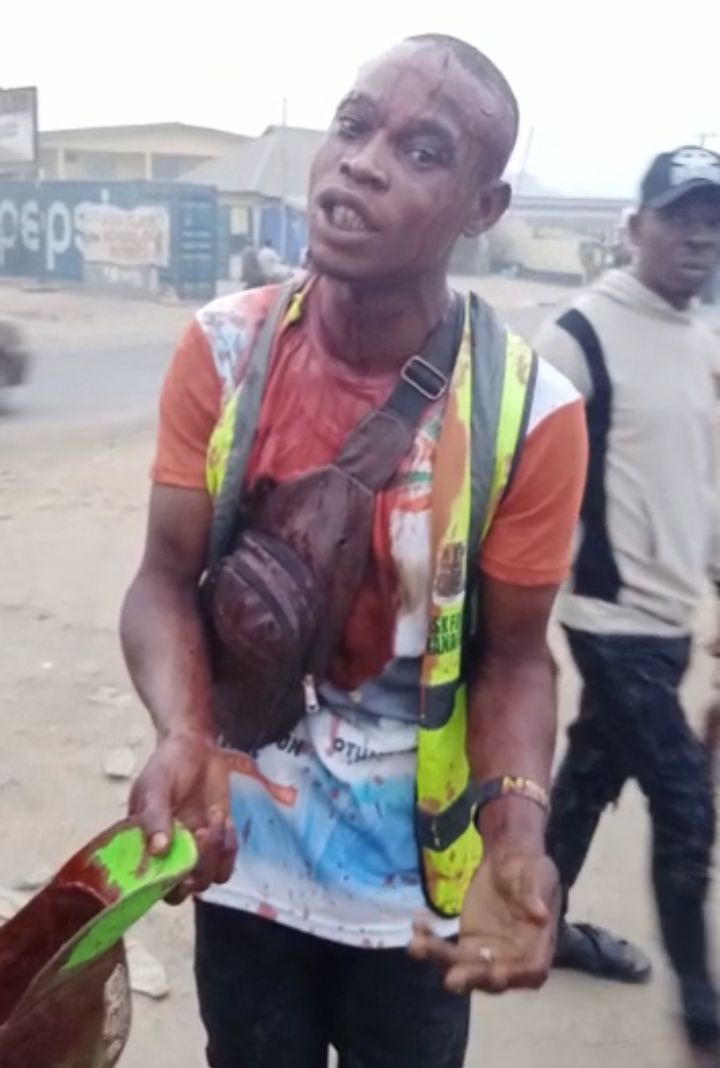 Information reaching Mouthpiece NGR has it that earlier today, Sunday Igboho’s boys invaded Soka garrage in Ibadan and the clash got the Park Manager of that garrage being stabbed on his head.

In the video shared online, this saddening event was said to have occurred out of anger of these Igboho boys but what resulted to the attack to the anger is unknown to anyone.

The Park Manager, which was stabbed lamented and faulted these boys for doing great disservice by stabbing him.

He expressed a great displeasure on the attack and condemned their actions by seeking help for his mental health after him and his boys had been severely dealt with.

“I am here this morning to resume work as a Park Manager at Soka garage, suddenly Sunday Igboho boys invaded the garage and started dealing with my boys.

“Can you see me? I was stabbed on the head and I didn’t know what I’ve done wrong to deserve this.