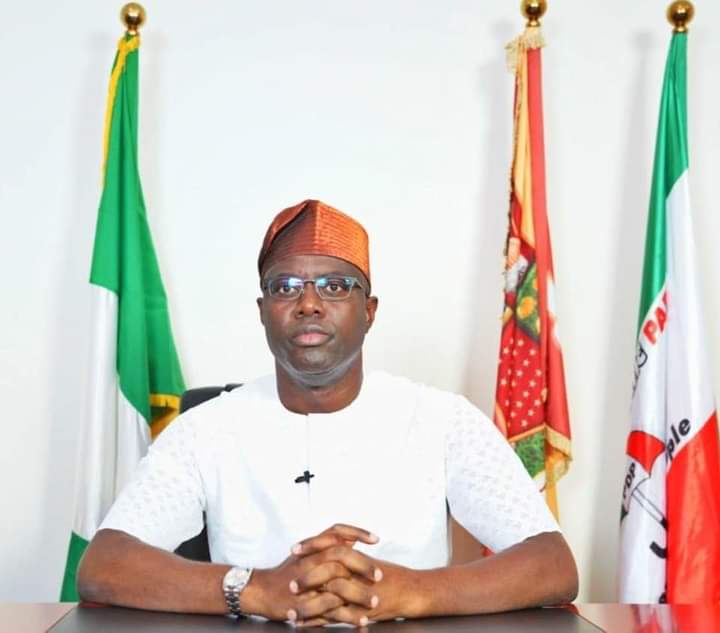 Akeem Olatunji, the Oyo State Publicity Secretary of the Peoples Democratic Party (PDP) has restated that he did not challenge the state governor, Engineer Seyi Makinde over the farmers/herders crisis in Ibarapaland, contrary to claims by an online news medium, Sahara Reporters.

Akeem, in a statement made available to Mouthpiece NGR on Monday described Saharareporters as an agent of falsehood sponsored by some disgruntled elements within the party who aim to use the group chat to advance their ulterior motives.

He said the publication was not only false but malicious and an evil machination to portray his mentor’s administration in bad image.

Sahara reporters which is known to be anti Makinde’s administration had on Saturday reported that “the crisis within the Oyo State chapter of the PDP in Peoples took another dimension with the exit of Governor Seyi Makinde from the party’s official WhatsApp group on Saturday.

The online news medium went further to state that “the Publicity Secretary of the party, Akeem Olatunji, had earlier posted a video of an attack by suspected Fulani herdsmen on the people of Ayete, headquarters of Ibarapa North Local Government Area of the state on the WhatsApp group.

It further claimed that Olatunji had challenged the governor on the veracity of the video, something it said angered the governor and led him to exit the platform.

He said that those behind the publication have been looking for every available means to tear the party apart  and retard its growing fortunes, while also seeking to pitch him against the governor.

He described the governor as not just leader of the party in Oyo state and south west Nigeria but also his political mentor whom he holds at the highest esteem.

Olatunji said: “ordinarily, one  would just have allowed this sort of malicious campaign of calumny to pass but sometimes silence may be misconstrued to mean acceptance, that’s why it becomes imperative to clear whatever evil machinations the malicious and apparently sponsored publication sought to achieve.

“First, the very respected leader and Governor of Oyo state, Engr Seyi Makinde and myself are on the same page on every policies and programmes of the present administration and my relationship with the architect of modern Oyo state will continue to remain cordial.

“The Governor, like every other member of the official PDP WhatsApp group in Oyo state have every right to exit the platform for whatever personal reason but such should not be translated to advance any ulterior motives especially in the media, for whatever reason.

That can only amount to  a campaign of calumny and its unfortunate.

“It is obvious that their plan is to create disaffection among us to further advance their cause.

“I have a very smooth and cordial relationship with Governor Makinde and his sterling performance across all sectors of the state economy has been one of my greatest source of strength and motivation.

“As a loyal party man, I will continue to propagate his achievements to the entire world.

“Posting a video with such negative content that is capable of projecting the PDP government in bad light  was absolutely the handiwork of our detractors who perhaps have collaborators within us in the ruling party, and it is my duty as well as every other loyal party member to urgently report such to our party’s official platform with the view of getting immediate attention of concerned authorities to stop the spread of such malicious video.

“Governor Seyi Makinde, whose refined approach to politics has  given opportunities to all has  apparently angered some of our party members who felt they have been sidelined and looking for ways to manipulate whatever harmless disagreements emanated on our official WhatsApp platform.

“Only a foolish person and a disloyal party man will want to stand in the way of a performing governor like  Engr Seyi Makinde or dissociate himself from a government that is daily making life comfortable for its residents.

“It was absolutely untrue, false, malicious for anybody to take activities in an enclosed WhatsApp group to Sahara reporters which  is not on the platform or has a representative on the group.

“To set the record straight, I did not and will never attack my Governor because he is a man I am very proud of and always want to emulate in my approach to refined politics and delivery of good governance.

“The video has since been confirmed by concerned authorities to be fake as expected. “The Oyo state chapter of PDP will continue to support Governor Makinde and the government under his able leadership.

“I have spoken with the Governor and all concerned persons in government and we have a clear understanding of the situation at hand.”