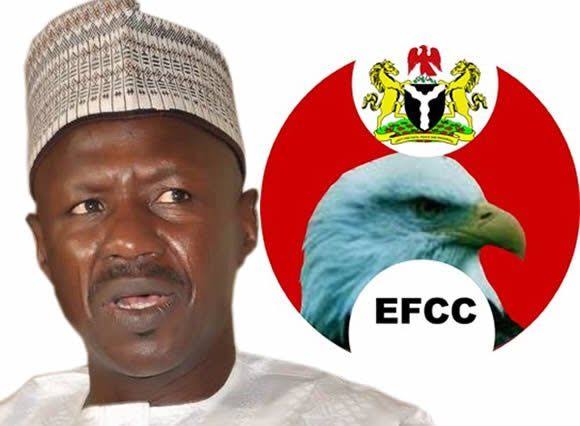 Ibrahim Magu, the former acting Chairman of the Economic and Financial Crimes Commission EFCC, has reacted the appointment of Abdulrasheed Bawa as the new Chairman of the commission.

Tosin Ajaomo, the lawyer to Magu, said the appointment made by President Muhammadu Buhari on Tuesday came as a shock.

Buhari had yesterday asked the Senate to confirm Bawa as substantive EFCC Chairman.

But Ajaomo told Channels Television that justice has not been served in the allegations of corruption levelled against his client, Magu.

“Sincerely, I need to tell you that this appointment came to me as a shock. There is still an unfinished assignment that was pending,” he said.

“I was expecting that the issue of Magu would have been sorted out before moving to another stage.

“Unfortunately, we just got this news today that a new Chairman has been nominated by the President and his name has been forwarded to the Senate.”

Following a series of corruption allegations against the former EFCC boss, Magu was on July 10, 2020 suspended from office by President Buhari.

Mohammed Umar, the EFCC Director of Operations had earlier taken charge of the activities of the agency.