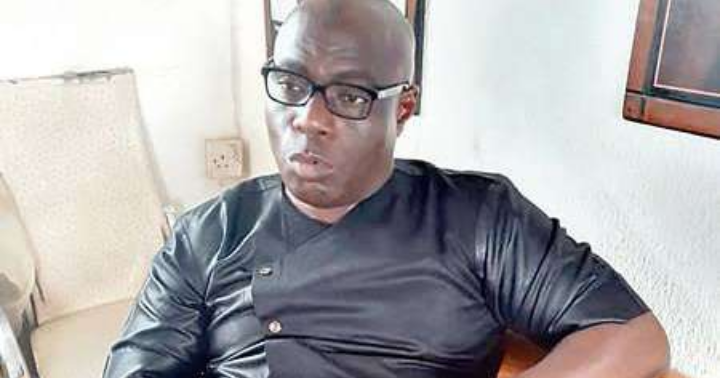 According to the communique issued by the leadership of the party on Tuesday, Taiwo Iyiola was suspended after considerations of multiple allegations of Anti-party activities against him.

Mouthpiece NGR understands that Mr Taiwo Iyiola is one of the loyalists of Alhaji Olopoeyan who recently met with the national leader of the All Progressives Congress, Senator Bola Ahmed Tinubu.

It reads: “Being a communique issued by the State Working Committee of the Peoples Democratic party, Oyo State Chapter on the trending matters in our party at the regional level, our party at the state level and issues arising in the state on Tuesday 26th January 2021 at the State Party Secretariat, Molete, Ibadan.”

1.  We unequivocally affirm and identify with the leadership of Engineer Oluseyi Abiodun Makinde as the authentic leader of our party in South West. We implore those who are undermining his office to desist from such insubordination.

2. We also use this medium to announce that our position in Oyo State PDP is in alignment with the position of our amiable governor and leader of our party in the south west, Engineer Seyi Makinde. We will throw our full weight and we will do all that is necessary (Including working with other relevant and critical stakeholders from our state and beyond)  within the provisions of our party’s constitution to ensure that Oyo State produces the next South West Zonal chairman of PDP for the first time since PDP was founded

4. After the considerations of multiple allegations of Anti-party activities against Mr. Taiwo Iyiola, the Ibadan North East Chairman of PDP by the executives of his local political ward and sequel to his suspension from the party at his ward level, the entire state working committee of the party hereby announces the suspension of Mr. Taiwo Iyiola as the Ibadan North East Local Government Chairman of PDP and as provided by the constitution of our party, the Vice Chairman, Mr. Isiaka Fatokun should immediately take over the leadership of the party in Ibadan North East pending the time we will conclude our investigations

5. We also want to implore those fanning the flames of discord in our party to desist from such acts as we will henceforth not tolerate indiscipline and public defamation of the image of our party and the government by some elements in the party.

6. We want to also implore the entire populace of Oyo State to support the governor of Oyo State in his quest to restore our state back to the pacesetting pedestals. We want to remind the people of Oyo State that we are just twenty months into this administration and we inherited a state that was badly battered, almost destroyed and our funds and resources seriously injured by the inhumane, wicked, unkind, unfair and the corrupt government of the APC and their failed leaders

7. We want to thank the good people of Oyo State who actually separated the chaff from the wind in the current situation in Oyo State. We are certain and we want to assure the good people of Oyo State that our governor is working assiduously with every relevant persons, institutions, agencies and stakeholders to ensure that Ibarapa, Oke-Ogun, Ogbomoso, Oyo and Ibadan is more secured and conducive for all.

8. We want to say it with all confidence that under Seyi Makinde and PDP, a better Oyo State is assured.”