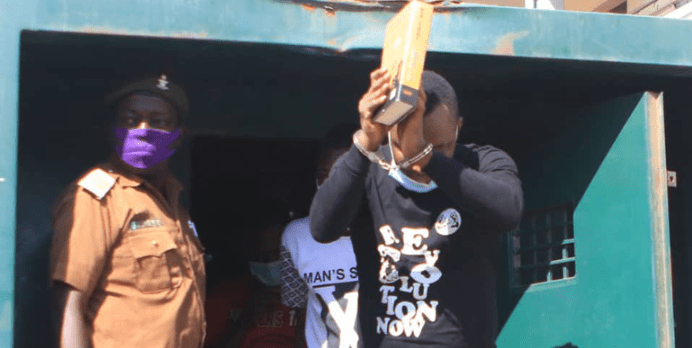 A magistrate court sitting in Wuse Zone 2, Abuja, has granted bail to Omoyele Sowore, convener of the Revolution Now Movement, in the sum of N20 million.

The police had arraigned the five persons last Monday on a three-count charge bordering on conspiracy, unlawful assembly, and incitement.

Mabel Segun-Bello, the magistrate, had ordered that they be remanded at the Kuje correctional centre.

But last Tuesday, they were transferred to the Force Criminal Investigation and Intelligence Department (FCIID) after Sowore reported that they were denied access to their healthcare, food, and water.

Marshal Abubakar, counsel to the defendant, while moving the application for bail, asked the court to grant bail to his clients “on self recognisance or in the alternative, grant bail in the most liberal terms”.

The ruling which was scheduled for Friday was stalled owing to the failure of the police to produce the defendants in court.