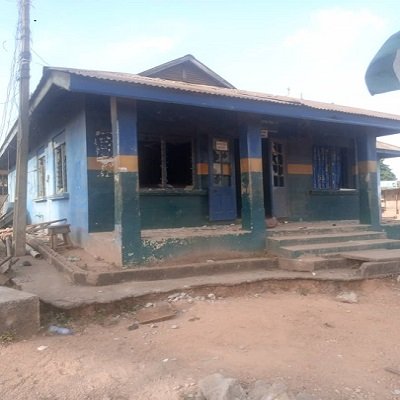 Two police stations were on Tuesday attacked in the Agodi-Gate area of Ibadan, the Oyo State capital city.

The Idi Ogungun Police station is the oldest and first to be built in the Old Western Region.

The attack on the facility followed a pandemonium that erupted after a commercial motorcyclist was allegedly shot by an official of the Nigeria Correctional Service (NCS) in Agodi-Gate.

When visited the scene of the crisis this morning, heavy security presence was observed around the correctional facility for fear of attack.

The media was yesterday awash with claims that the crisis was caused by policemen who killed a commercial motorcyclist, but the Police Spokesperson, Olugbenga Fadeyi denied the claims noting that the police was not in any way involved.

The NCS Oyo Commands Spokesperson, Mr. Olanrewaju Anjorin however on Tuesday absolved the police of any involvement in the fracas noting that the police were only called to help beef up the security before the issue would go out of hand.