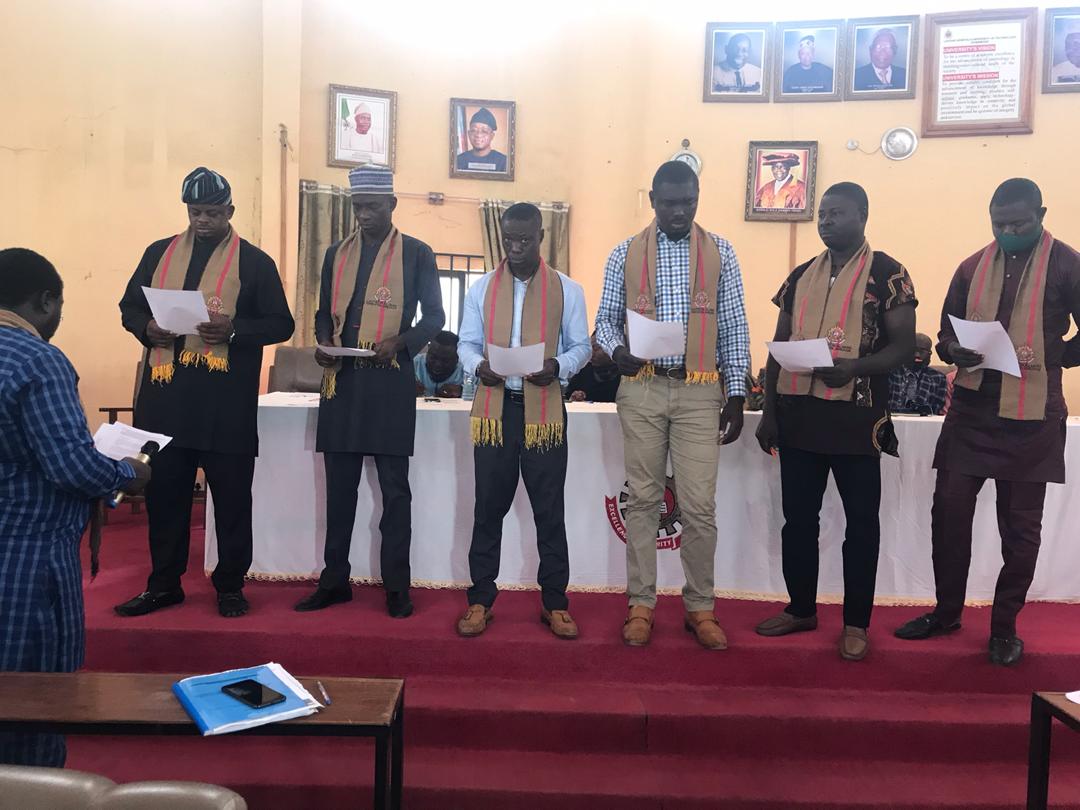 The Ladoke Akintola University of Technology’s Alumni Association on Monday inaugurated new members at the council chamber in the university.

In his speech, Ologunde reiterated that one thing he knows about the re-elected global president is that he has been spending his personal money for the association.

The VC urged the new executives to embrace everyone and shun any act of division for greater height.