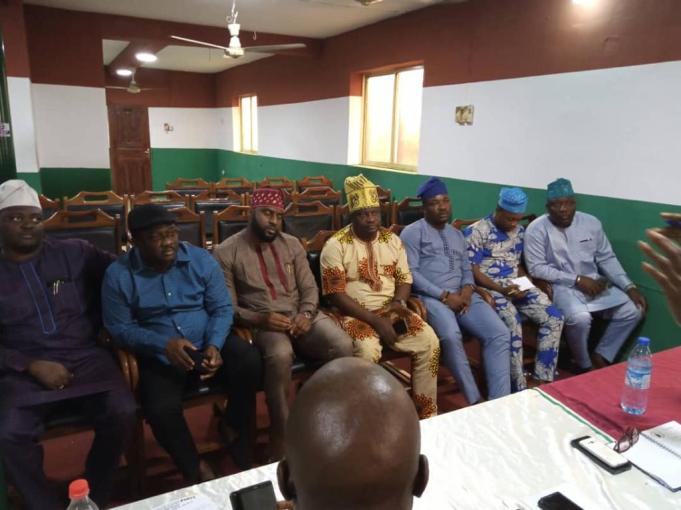 The decision was taken after the presentation of the report of the House Committee on Local Government and Chieftaincy Matters read by its Chairman Hon Olusegun Popoola.

The affected Caretaker Chairmen in the Committee report said the #Endsars protest which rocked the country prevented them from gaining access into the House of Assembly to submit the report of earth moving equipment as directed and consequently tendered their unreserved apology to the House.

Some of them also claim to have submitted the report to the Ministry of Local Government and Chieftaincy Matters since the circular requesting for submission of the report came through the Ministry.

The report has now been submitted by the affected thirteen Caretaker Chairmen as attested to in the House Committee report presented by Hon Popoola.

While lifting the suspension order , the Speaker Oyo State House of Assembly, Hon Adebo Ogundoyin said the request was for the house to know the condition of equipment as many of roads in the council areas required grading.

According to the Speaker, the House will not relent in its resolve to ensure good governance, defend democracy and also support efforts of the State Governor to bring democratic dividends to the people.

” Our decision was not to witch-hunt any local Council or Caretaker Chairmen. We are determined to deliver good governance at all times and I want all Government functionaries to have that in mind. We are satisfied with the performance of Governor Seyi Makinde. We will be going on oversight functions to all the Local Government and Local Council Development Areas soon to monitor their projects. Let it be known today that the Oyo State House of Assembly will always stand on the side of the people. We shall not compromise on good governance.” The Speaker said.

The House thereafter unanimously agreed on the reinstatement of the thirteen suspended Caretaker Chairmen.