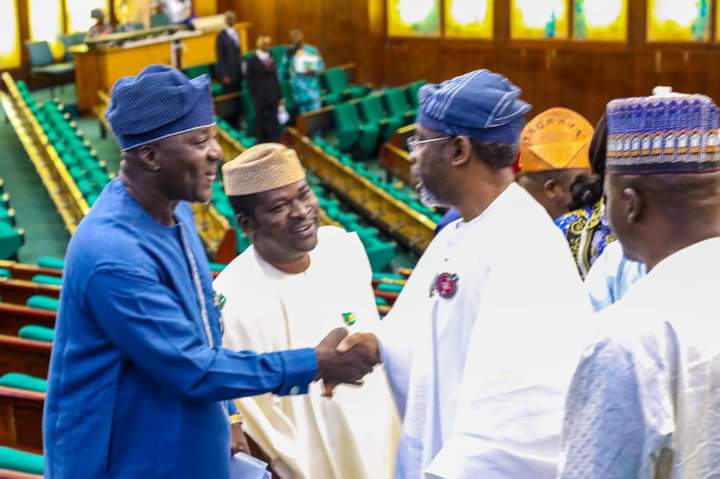 Mouthpiece NGR recalls that Governor Seyi Makinde had last week hinted on the plan to make the University a multi campuses during a meeting with NANS JCC Oyo axis.

Hon.Ajao said the decision will not only have negative impact on the host city, but send a bad signal and cause future problem for the institution.

According to him, “If we want to be truthful to ourselves, Lautech remains the major economy backbone to the valiant city, and any attempt to reduce her population will have adverse effects on the city and her inhabitants.”

“We shouldn’t be oblivion of the effects of joint ownership on the institution, staffs and students; why allowing same scenario to repeat itself?”

“I want the present state government to understand the fact that later or sooner, another state will be birthed from Oyo State, if this happen, won’t there be repetition of history?”

“George Santayana, once said, ‘Those who fail to learn from history are condemned to repeat it.’ why should we not learn from the past, and causing future problem for the university?

“I will like to raise awareness of Governor Seyi Makinde led administration to the fact that, virtually all zones in the state has one or more state institutions(Oyo had EACOED, Ibarapa with College of Agriculture Igboora, OkeOgun with Polytechnic at Eruwa and Saki, while Ibadan has Technical University) without any campuses in Ogbomoso, won’t it be unfair and tantamount to hatred if the decision see the light of the day?”

“Though making Lautech a Multi-Campuses institution has it advantage, but the adverse effects are numerous, I call on His Excellency, Engr Seyi Makinde to critically access the situation and rescind decision on the move”.

The lawmaker’s reactions was contained in the press statement signed by Hon. Ajao and made available to Mouthpiece NGR by his director of Media, Strategy and Publicity, Mr Olayanju Olusola Paul.

Ajao who is the Vice-Chairman House Committee on Navy, concluded by congratulating the people of Oyo and Osun, Gov.Seyi Makinde and Gov.Oyetola on the achieved feat and recognized the efforts of the former Governor of Oyo State, His Excellency Adebayo Alao Akala, for laying good foundation on the issue.