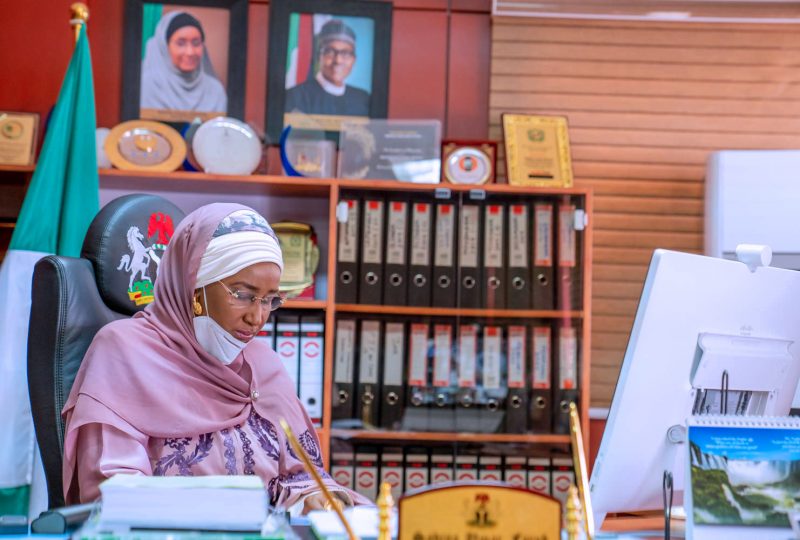 In response to the COVID-19 pandemic, the ministry of humanitarian affairs said it modified the National Home-Grown School Feeding Programme to provide take-home food rations to 127,588 households with children in benefitting schools.

Each ration, according to a report the ministry submitted to the Senate in October, contained 5kg of rice, 5kg of beans, 500ml of vegetable oil, 750ml of palm oil, 500g of salt, 140g of tomato paste and 15 pieces of egg.

The distribution of the rations commenced in May 2020, and it was held in the FCT, Ogun and Lagos states.

“The distribution of the food rations was done by state government/FCTA with active participation of World Food Programme, non-governmental organizations as well as oversight of the Department of State Security (DSS) and the Independent Corrupt Practice and Related Offences Commission (ICPC).”

Although the report did not give specific on the financial implications of the feeding, it said as part of its COVID-19 intervention scheme, a sum of N551.4 million was released in June to the ministry.

About N321.4million of this release has since been spent, leaving a balance of about N230 million in the ministry’s coffers, the report showed.

“It is important to note that the capital release was project specific, that is humanitarian interventions during COVID-19 pandemic,” the report said of the spending.