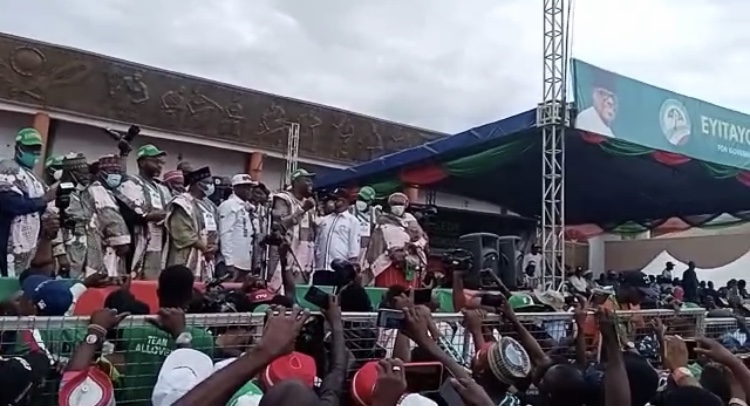 Jegede is contesting alongside the incumbent governor, Rotimi Akeredolu, and deputy governor, Agboola Ajayi, of the APC and ZLP respectively.

Mouthpiece NGR gathered that about 7 candidates and their political parties had on Monday stepped down and collapsed their structure to throw weight behind the candidacy of Eyitayo Jegede through the influence of Governor Seyi Makinde, the chairman of PDP campaign council.

Makinde at the rally urged party faithfuls and electorates to be fully prepared ahead of Saturday’s poll, assuring them that by the grace of God the party will sing a song of victory by the time the election results is announced.

He admonished voters not to be intimidated by the threat of violence from opposition members and be vigilant to secure their votes.