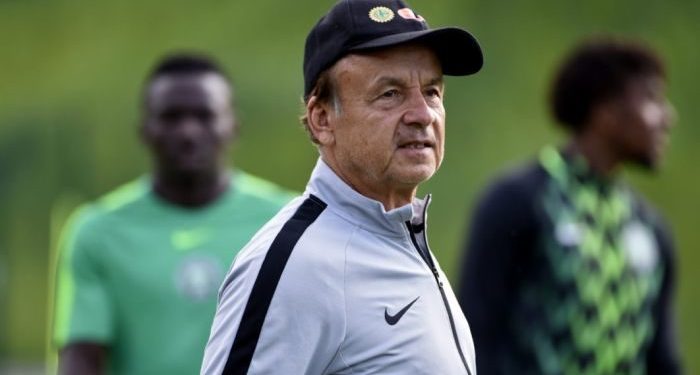 Four Super Eagles players have tested positive for coronavirus as they gather in Austria for friendlies with Algeria and Tunisia on Friday and Tuesday respectively.

Eagles Coach, Gernot Rohr, who refused to mention the affected players, however stated they were fine.

According to him: “I won’t reveal their names, they are fine now.”

Another round of tests was conducted on Thursday afternoon before the game against Algeria on Friday.