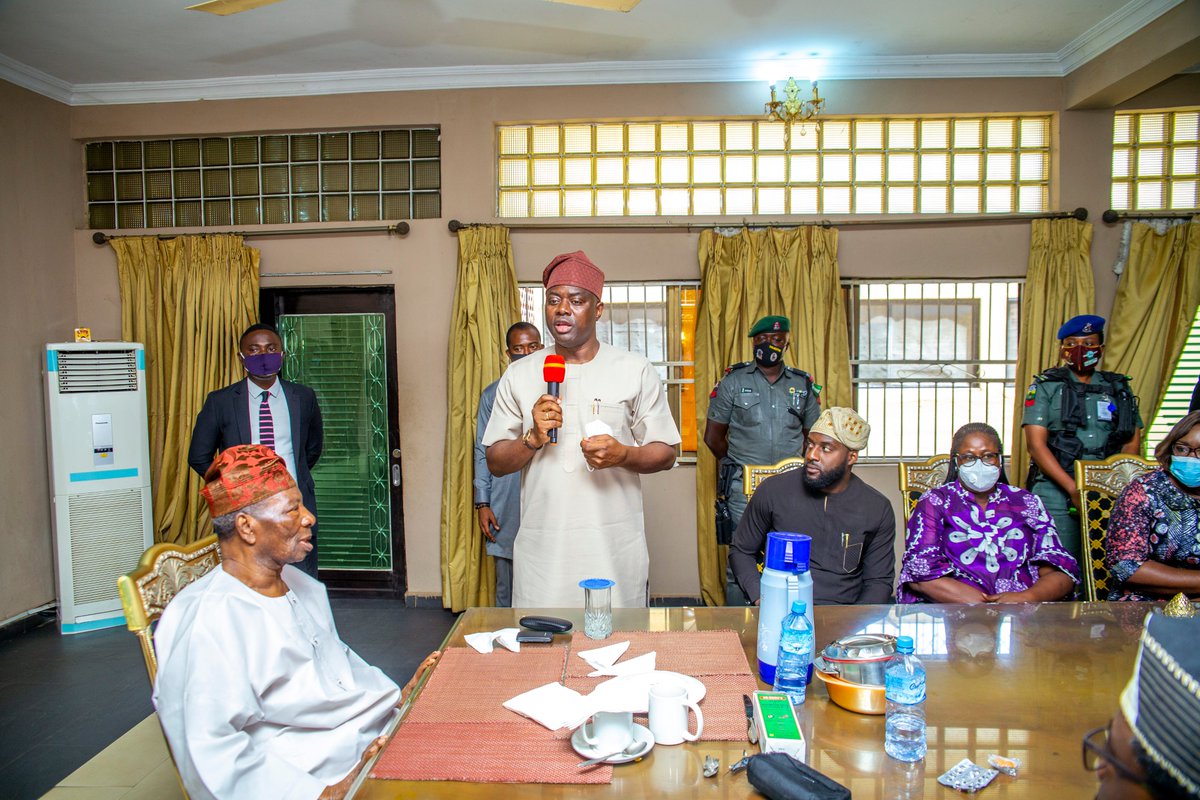 The Soun of Ogbomosoland, Oba Jimoh Oyewumi Ajagungbade III, has denied the content of a letter purportedly authorised by him, which rejected the financial contribution of the Governor of Oyo State, Engineer Seyi Makinde in the planned renovation of the monarch’s palace vandalised by hoodlums during the #EndSARS protest on October 10.

The Soun, who spoke with the Chief Press Secretary to Governor Seyi Makinde, Mr. Taiwo Adisa, said that he did not authorise the said letter in circulation.

“If your boss sees any such letter, he should ignore it, because I didn’t ask anyone to write such a letter,” Adisa quoted the Soun as saying.

The governor’s media aide further said: “I’ve spoken to His Royal Majesty, the Soun of Ogbomoso, Oba Oyewumi Ajagungbade III, who totally denounced the said letter and its contents.

“The Soun said that he never authorised anyone to issue a letter on his behalf and that if any such letter surfaces, some persons must have forged his signature.

“The Soun said he wholeheartedly welcomes the intervention of Governor Seyi Makinde in the plan to fix the palace and all the damaged items.”

Mouthpiece NGR reports that the Governor’s spokesman was reacting to a letter dated October 19, 2020, purportedly addressed to the Governor that the Monarch stressed that the cost of the repairs and renovation of the wrecked Palace will be borne by a coordinated community effort of Ogbomoso sons and daughters in addition to the sum of N10m released so far by the Governor.

Describing the letter as fake, an Ogbomoso prominent son who preferred to be anonymous added that he has seen this letter which is an acknowledgement on ODDA, a social cultural ogbomoso group, and it’s very explicit.

He said the letter is fabricated by Abuja politicians who have no structure or followers in Ogbomosho that saw that GSM wants to take the shine off them and quickly did this.

“You should expect them to come up with any lies just to outshine the people’s Governor,” he added.