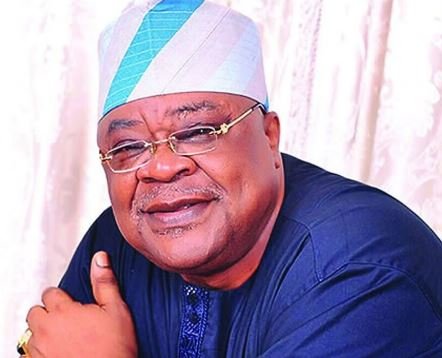 THE Unity Forum, a group in the Oyo State All Progressives Congress (APC), has dismissed the statement by the Akin Oke-led State Executive Council ratifying the Akala-led Council of Elders.

According to the forum, the PDP elements saw the meeting at Governor Fayemi’s Ibadan residence as an opportunity to foist a PDP leadership on the progressives’ party.

“We stated clearly in our response to the charade in Governor Fayemi’s house that the meeting deviated from the mandate of the National Reconciliation Committee directing it to choose three members from each of the two contending groups in the party to superintend the forthcoming registration of members in the party.

The statement reads: “The flooding of the Fayemi meeting against the agreement of 15 representatives each was an ungentlemanly approach to politics symptomatic of the PDP elements who now found themselves in the APC.

“The present attempt to foist a PDP leadership on the party is a grand design to deny the people of the state a choice between the conservative PDP and the progressive APC.

“We have made it clear that the Akala Council of Elders is an exercise in futility and cannot solve the lingering crisis in the APC in Oyo State.

“The past week has clearly demonstrated that the Akala Council of Elders, like the meeting at Governor Fayemi’s house, has worsened the crisis in the party.

“What the APC needs is a genuine, sincere, all embracing and collective effort at reconciling the contending groups in the party. The present charade is a road to nowhere.

“We restate our call on the National Reconciliation Committee to return to the Abuja Agreement of September 10, 2020 requiring each of the contending two groups to nominate three representatives that will work with the state executive of the party for the forthcoming registration of party members and other party activities until the dissolution of the state executive council alongside the councils in other 35 states,” the statement concluded.”