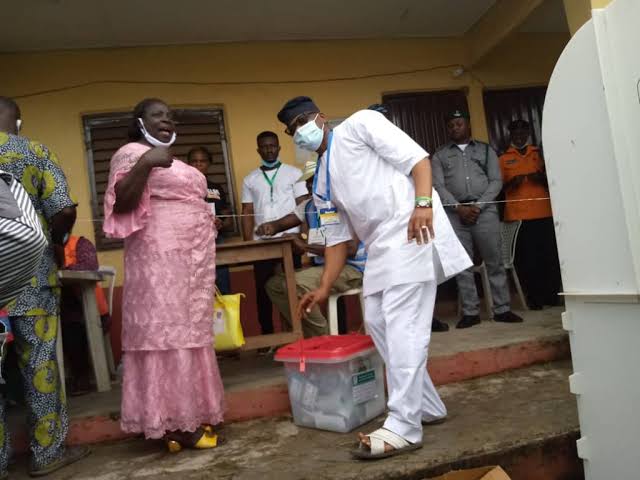 Candidate of the Peoples Democratic Party in the Ondo governorship election, Eyitayo Jegede, has accused the Independent National Electoral Commission of “creating a problem”.

*He, however, said despite the hitches, he would win.

Before he eventually voted, Smart Card Reader could not read his card and he was asked to step aside for other voters to vote.