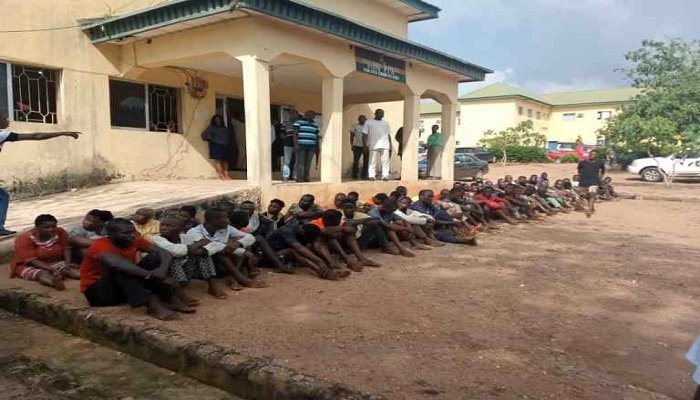 The Deputy Commissioner of Police in charge of CID, Adebola Hamzat, who represented CP Undie while parading the suspects at the police headquarters, Osogbo capital of Osun said the suspects took the advantage of the violence that erupted following the #EndSARS protest to attack and loot public officials and innocent private individuals, destruction of government and private properties.

“A total of Eighty-Seven (87) suspects were arrested and the looted items are being recovered. Investigation to establish their culpability is on-going. As soon as this is completed, they will be arraigned in court.”

He admonished hoodlums who participated in the massive looting in the state to take advantage of the amnesty granted by the Governor to return the looted items in their possession as the 72hours ultimatum given will elapse tomorrow Wednesday 28th October 2020.

He equally threatened that those who refused to return the looted items after the lapse of amnesty shall be arrested and charged among other crimes, for armed robbery, conspiracy, brigandage, murder, housebreaking, stealing, receiving stolen properties, and sundry offences.