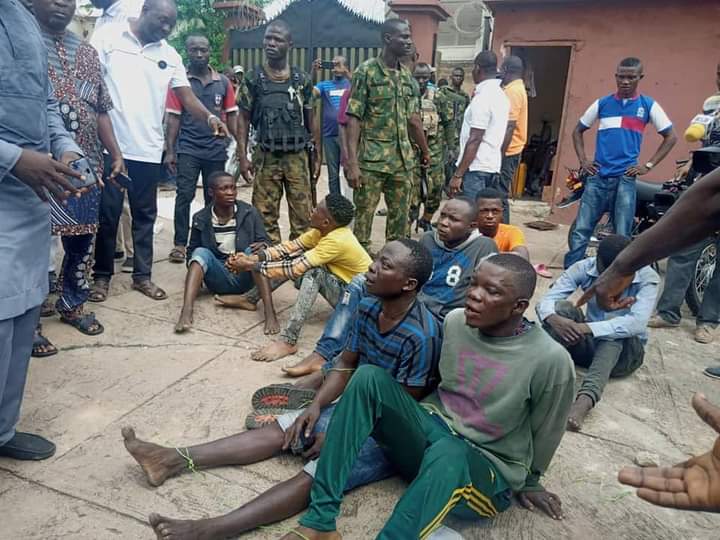 Men of the Oyo State joint security task force, Operation Burst, have arrested 7 people in connection with invasion and away of empowerment materials worth N200 million naira at the residence of Sen. Teslim Folarin.

Hoodlums had on Saturday invaded the Oluyole residence of the three-term senator and carting away properties worth millions.

Mouthpiece NGR learnt that residents alerted officers of the security outfit who carried out the operation.

It was gathered that most of the equipment had been looted before the arrival of the security men while seven of the looters identified by the residents were arrested at the scene.

The lawmaker’s elder brother, Mr.  Yinka Folarin, who spoke with journalists, confirmed the development, adding that the materials were meant for 11 local government areas that constitute Oyo central senatorial district.

He added that the empowerment programme was postponed due to the state of the nation and has been scheduled for November 6th before the unfortunate incident.

Video: All Nigerians are asking me to run for President— Yahaya Bello

We have made real progress in developing Oyo— Makinde

Lanlehin congratulates Muslims, urges them to keep the faith at Eid-el Fitr