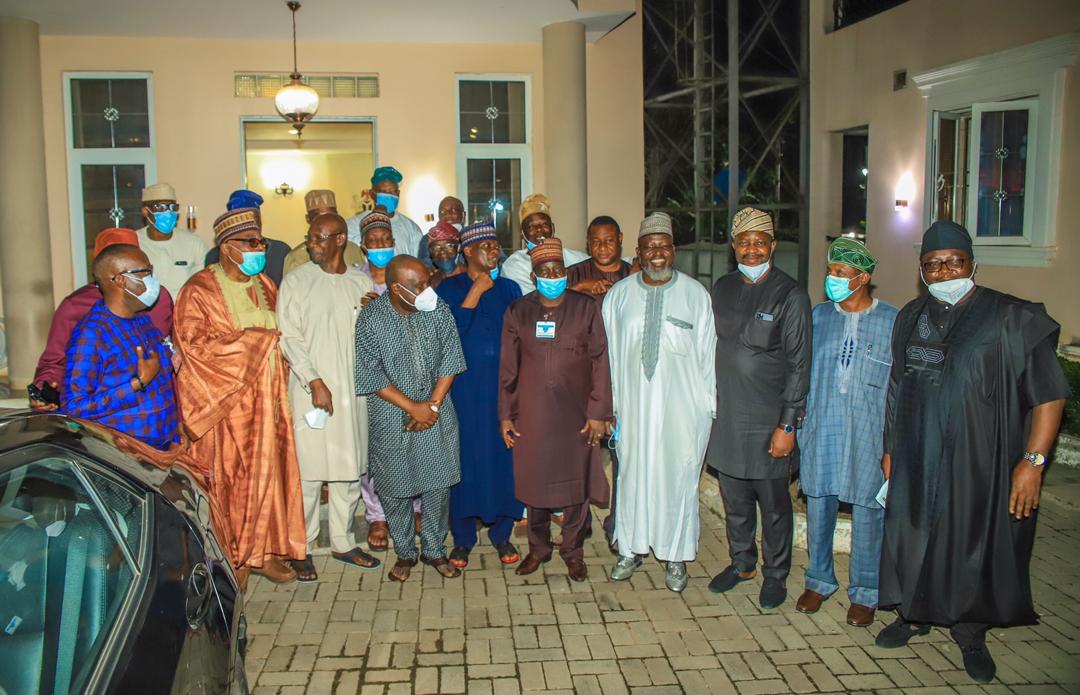 In a statement singed by its state publicity secretary, Engr Akeem Olatunji on Saturday and made available to Mouthpiece NGR, the ruling party described the opposition group as an association of clowns with no basic knowledge of issues they are dabbling into.

APC had accused Makinde of squandering Oyo money on Vice Presidential ambition following a meeting in Ibadan on Friday.

Oyo state PDP wondered if the group was a splinter group or break away body from the known state chapter of APC adding that such act is a clear manifestation of failure and a disappointment to the people of Oyo state who had rejected the party in totality.

The ruling party expressed its disappointment in the way and manner Oyo state chapter of APC is going about performing its role as opposition, stressing that handlers of the party needed to be specially trained in the art of performing its duties outside of government.

It said, “Oyo state chapter of APC’s endorsement of Makinde as political material for the presidency come 2023 was commendable but a needless distraction that can not deter governor Seyi Makinde and PDP from its focus.”

“Governor Makinde is too busy and committed to repositioning Oyo state from the shambles it inherited it from the last administration under APC.”

The statement empathised with the state chapter of APC for having to cope with the pain of playing opposition in the state while ruling at the federal level on a controversial mandate.

The ruling party in the statement explained that it was really unfortunate that APC in Oyo state was a ‘successfully failed’ political party in government and as opposition party stressing that instead of rebuilding its battered party, it continued to deplete and degenerate into various splinter groups.

The ruling party further described the allegation of having nothing to show after over a year in office as very amusing and laughable urging the APC–P to take a day tour of the town and see the improved quality of life in the state.

The statement reads in part: “Oyo state chapter of APC has further shown the world that its failure is not limited to when it was I’m government but also when it was rejected and relegated into the background with the sole responsibility of playing one of the opposition parties in the state.

” We are particularly disturbed because as a political party and the largest in Africa, we understand the concept of democracy and the role of opposition but our deepest disappointment is borne out of the fact that Oyo APC has reduced itself to mere association of clowns with the way and manner it is daily conducting itself.

“As a corporate man, governor Makinde is an exceptional achiever that’s completely not in the realm or contemporary of anyone currently in Oyo state APC, and as a governor, Makinde’s one year has recorded more success in term of improved quality of life than APC’s entire 8yrs put together.

“We expect vibrancy from Oyo APC so that we as the ruling party can continue to do better in our resolve and commitment to the state but instead, the opposition party is daily giving us comedy and absolutely unserious disposition to its role outside government.”

The ruling party, Oyo state PDP, however cautioned Oyo APC and all its splinter groups desperate for media popularity against making frivolous and unfounded allegations against Governor Makinde led government just to be in the news stressing that the era of false propaganda was long gone and the people of the state already know APC for what it is.

The statement however, reaffirmed the unwavering commitment of governor Seyi Makinde to the welfare, development and growth of Oyo state, assuring that Oyo state will never again return to the slave and slave master era of APC in the state.