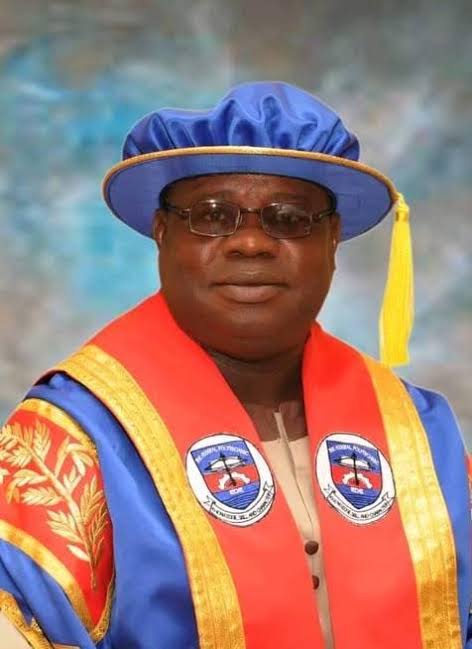 Academic Staff Union of Polytechnics (ASUP) in the school had on Wednesday called on President Muhammadu Buhari to look into the management of Dr Adekolawole, accusing him of violating extant laws and conducting affairs of the institution in an undemocratic manner that threatens stability and growth.

“Dr. J.T Adekolawole had dominated his administration with flagrant disobedience to the extant laws and policy documents just to run his autocratic style of leadership which includes; usurpation of power of statutory bodies of the Polytechnic, overbearing influence on the Academic Board which has been preventing robust discussion and decision making on the floor of the board,”Comrade Adekunle Masopa, ASUP Chairman of the institution told journalists on Wednesday.

But Dr Adekolawole defended his management of the institution, saying he has been absolved of every allegations raised against him by ASUP and no need for fresh investigation.

Speaking on the development during a call-in session on a live programme on TV Continental on Wednesday, Dr Adekolawole said ASUP was out to blackmail him for resisting some unwholesome practice by staff, stressing that “corruption is fighting back.”

When he was questioned on the likelihood of the crisis causing the collapse of the institution, Dr Adekolawole dismissed the possibility as he said “that is not true, Rector is peaceful. We’re making progress everyday.

The NASU, SSANIP, they are all cooperating with the management,” he stressed.

This was however, rejected by SSANIP, who asked Dr Adekolawole to face the questions raised against his administration of the institution and not use it as an excuse to dodge weighty issues that are capable of collapsing the institution.

The Senior Staff Association of Nigeria Polytechnic (SSANIP) Ede branch backed call for an investigation that would look into the issues raised and determine their genuineness or otherwise, noting that it would not do the institution any good to look away from most of the allegations raised against the Rector.