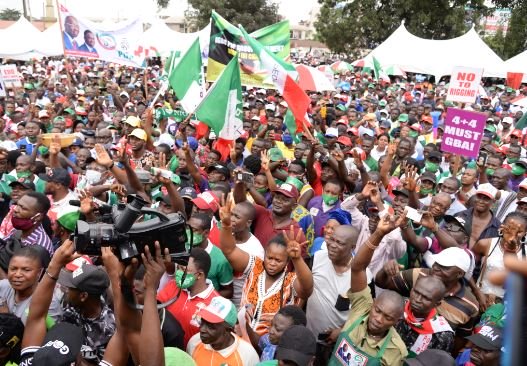 Supporters of Governor Godwin Obaseki stormed the streets of Benin City last night to celebrate his victory at the polling units in Oredo and Egor local government areas (LGAs) of the state.

Some of the supporters who defied the heavy rains were seen smoking and drinking and round the streets and polling centres.

As soon as the results were announced, they blocked parts of Oba Market Road chanting victory songs.

Results from Ward Two unit one in Oredo showed that PDP scored 121 votes against APC’s 50, while in unit two, PDP clinched 109 votes and APC 40.

Similarly, the results from Egor and Ikpoba Okha, which plus Oredo make up the Benin metropolis and considered stronghold of Obaseki favoured the PDP.

However, statistics available on the Independent National Electoral Commission’s (INEC) results website indicated that only 1,343 results out of the total 2,627 expected from polling units had been uploaded at about 9pm, an indication that available results were not enough to determine possible winner of the election.