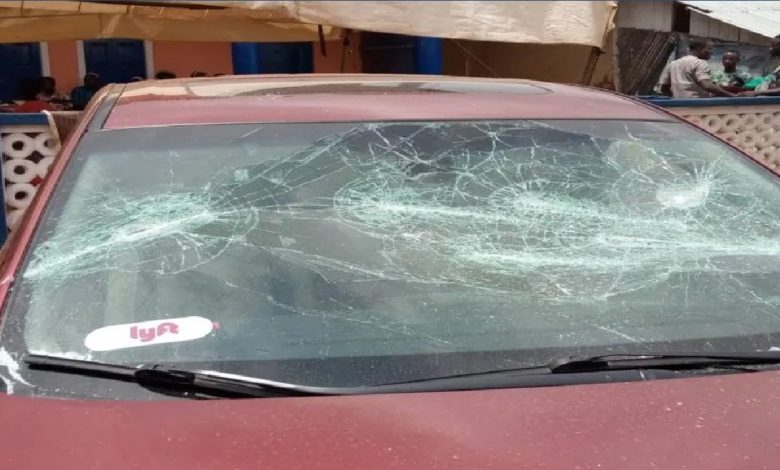 The monarch told NAN that the hoodlums came in dozens with dangerous weapons before the intervention of local vigilante groups that averted their plots and chased them away.

A few weeks after the Oba Okukayode Raji was installed and a given staff of office, the suspected hoodlums and land grabbers on Sunday invaded Isiu palace in Ikorodu, Lagos State, in a failed abduction of the newly installed monarch following sporadic gun shots at the premises.

The News Agency of Nigeria (NAN) reports that Okukayode Raji was given staff of office by Lagos State Commissioner for Special Duties, Wale Ahmed, on August 24, 2020.

The monarch told NAN that the hoodlums came in dozens with dangerous weapons before the intervention of local vigilante groups that averted their plots and chased them away.

“Suddenly, we started seeing strange faces and many boys coming closer to the palace with different weapons in their hands.

“While they moved closer, they started shooting; one of my sons was wounded in the process.

“My house, my car and many people who came to pay homage to me were also wounded.

“More than 60 people were shot, those who sustained serious injuries have been taken to the hospital for treatment,” the monarch said.

Oba Raji said he contacted the Divisional Police Officer (DPO) and the Area Commander for assistance.

“They responded very late but later sent their officers to patrol the community.

“However, three suspects have been arrested so far,” he said.

The monarch, however, called on community leaders and indigenes to cooperate and solve land matters themselves to ensure absolute peace within the communities.

He also urged the Lagos State Government to intervene to beef up security to curb reoccurrence.