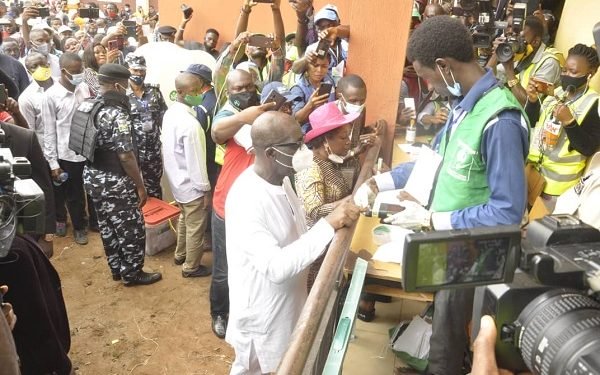 After over one hour of waiting on the queue, Edo Governor Godwin Obaseki has finally voted.

There was pandemonium at his polling unit 19, ward 04 in Oredo local area when a fight broke out between party supporters.

The clash was resolved about five minutes later when the attacker was led away by security agents.