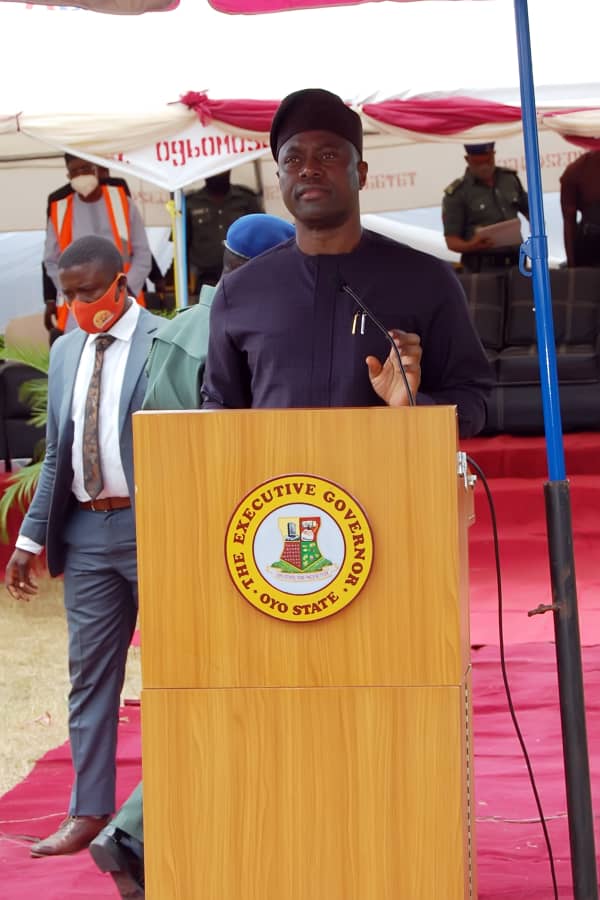 The Executive Governor of Oyo State, Engineer Seyi Makinde has assured all unions of the Ladoke Akintola University of Technology, LAUTECH, Ogbomoso that the welfarism of the staff is one of the major priority.

Makinde stated this in a closed door meeting at the senate building shortly after the flagging-off of construction of Under-G and stadium road.

According to him, the welfare of the staff is an utmost priority to his administration.

He noted that the EAA, 8 months outstanding salaries, promotional arrears and increment of monthly subventions will be taken care of and would be factored through supplementary budget.

He said the University is a global village, anyone can work anywhere. Osun and Oyo issue shouldn’t be a problem.

“The two states used to be one and I don’t think there will be any issue.”

“The chief of staff and the Head of Service who are here can confirm that osun state indigenes are part of my administration. So there’s no discrimination.”

Makinde reiterated that he is committed to uniting the Southwest and Nigeria as a whole.

In his appreciation, the university Alumni president, Hon. Onilede Solomon told Mouthpiece NGR that he has met with the Governor on the way forward on issues of LAUTECH.

He said that the Governor’s commitment to LAUTECH can not be overemphasized.

“Makinde has been showing commitment to repositioning the institution before the inception of his administration.”

“We are only looking for a better LAUTECH.  A LAUTECH that will be competing as the best university in Nigeria and the whole world.”

However, in his own remarks, the Dean of Students affairs, Dr Azeem Ige stated that the construction of Under G Road is an indication that the Governor has the institution at heart.

“In his fulfillment to sustain quality education in Oyo State, the road is very important to students and Ogbomoso community. It is the second access to the university which students considered as the safest. Since it has been in the deplorable state, students have abandoned the road.”

“This Under-G Road when completed will ease students movement and prevent incessant accidents of the major road.

Also noted that the road is going to be of economic importance to indigene and ogbomoso community. “It is a road that student ply every day,” Ige said.

“We are-appreciating his effort and may God continue to guide him and protect him to take lautech to greater height.

“I equally appreciate the vice chancellor for his resolve to sustain stable academic calendar in the university and his support for students whenever the need arises.

Elijah, who drawn governor’s attention to the deplorable state of the road is delighted for the quick response on the road rehabilitation.

In his interview with Mouthpiece NGR, he said that the governor is a man with kind heart.