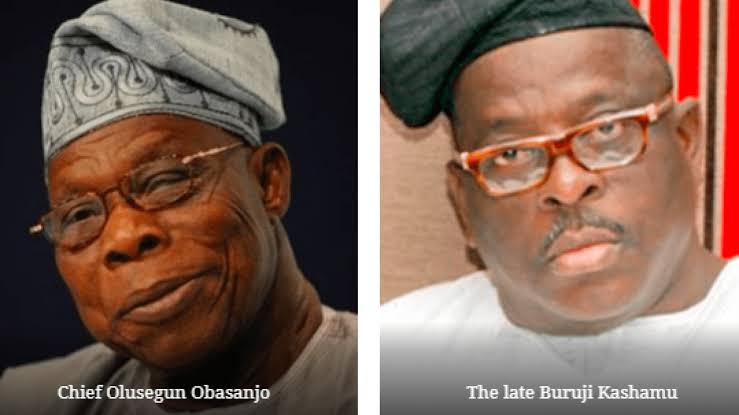 A former president, Olusegun Obasanjo, has described as sad the death of a former governorship candidate of the Peoples Democratic Party in 2019 election in Ogun State, Senator Buruji Kashamu.

The former President added that Kashamu allegedly used the instruments of law and politics to evade justice.

In a condolence message titled ‘Letter of condolence,’ addressed to the state governor, Obasanjo said, “I received the sad news of the demise of Senator Esho Jinadu (Buruji Kashamu), a significant citizen of Ogun State. Please accept my condolences and that of my family on this irreparable loss.

“The life and history of the departed have lessons for those of us on this side of the veil. Senator Esho Jinadu (Buruji Kashamu) in his lifetime used the manoeuvre of law and politics to escape from facing justice on alleged criminal offence in Nigeria and outside Nigeria.

“But no legal, political, cultural, social or even medical manoeuver could stop the cold hand of death when the creator of all of us decides that the time is up.