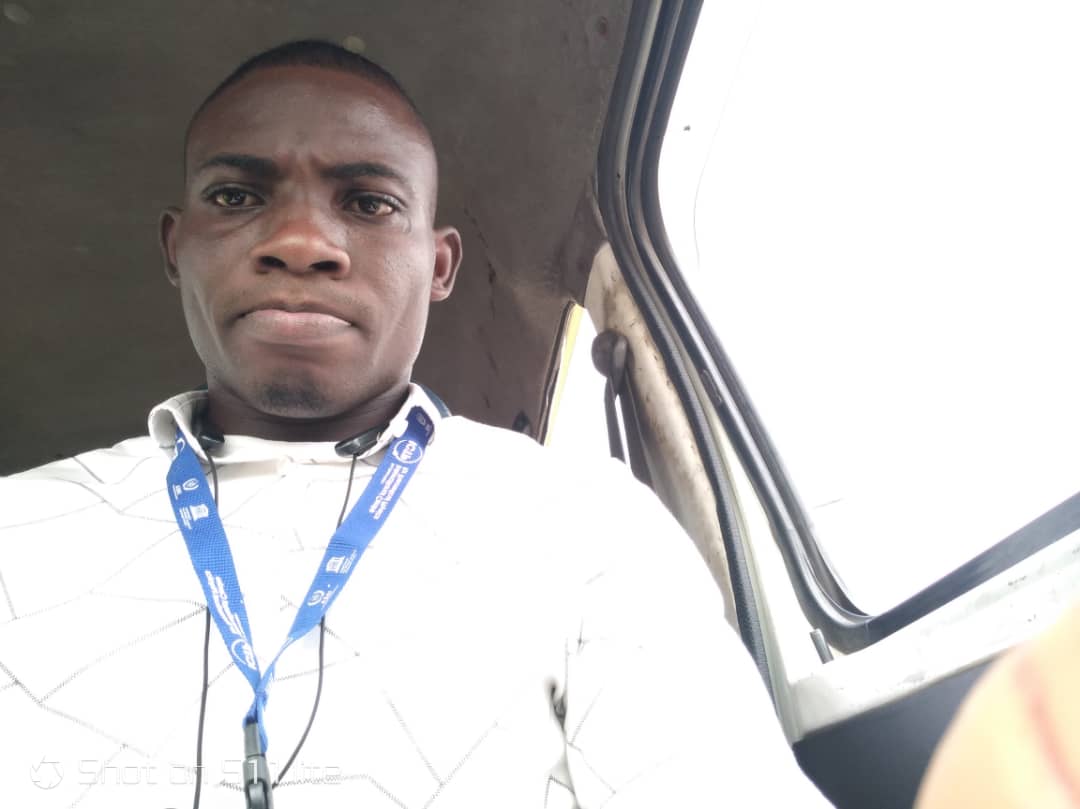 This article was first published on 19, March, 2020 by Mouthpiece NGR and got the attention of Governor Seyi Makinde.

Today, the road construction is ongoing.

We urge you all to keep reading Mouthpiece NGR as we enjoy wide publicity.

A student of Ladoke Akintola University of Technology, LAUTECH, Ogbomoso, has appealed to Governor of Oyo state, Engineer Seyi Makinde to come to the rescue of entire community over the alarming rate and poor condition of roads in Ogbomosho metropolis.

Mr Adeyemo Oludele Elijah, in an open letter he addressed to Governor Makinde and made available to Mouthpiece NGR on Thursday, stated that Ogbomoso being the largest city in the state, still faced with road challenges resulting to death of people and destroying vehicles and properties on daily basis.

Elijah urged the governor to demonstrate his usual philanthropic gesture, especially now that he’s the number one citizen of the state.

Below is the full text:

Noble regards to you sir, His Excellency Governor Oluseyi Makinde Abiodun, it is an honor to addres you in this Open Letter and also to associate with your great achievements.

It is very inspiring to see you hitting the ground running at full speed, since the euphoria of your electoral victory and swearing in.

This letter is written to you as a philanthropist, and most importantly as the executive governor and the Number one Citizen of our dear prestigious pace setter state.

My utmost prayer is that you surpass the past achievements of your predecessors and past administrations in the state.

Your Excellency sir, as a man of honour and a man who understand the ultimate need of the people/electorate that you’re, I wish to submit this information and draw your attention to some vital needs of Oyo state and Most especially the zone which I represent, Ogbomosho zone and Ogbomosho Metropolis.

Oyo state has been a very important, strategic and also a pace setter state among her contemporaries, also is Ogbomosho with greats, incredible and indefatigable worth of human resources across the globe, one of the cities under your jurisdiction, who lack adequate developmental stride and Government intervention on necessary issues in past years.

Your commitment to the growth of the state capital and other zones respectively cannot be overemphasized since your assumption to office, Sectors as Health sectors, Civil servants entitlements, employment and economical growth, especially the educational sectors in their echelon, to ride the standard of education in the state.

Sir it is true that your led administration has decentralized State Road Commissions to all zonal  levels to rehabilitate and construct new roads, I will like your government to see to the reality of this, Ogbomosho as a city under your watch is termed to be the second largest city within the state, after the state capital Ibadan, moreover it is a place where golden human resources and Economical resources lies, and as such it must not be left in the hand of mediocre leaders, but should be given possible best form of good leadership and attention, leaderships capable of harnessing both the materials and human capital resources in town to attain an optimal fulfilment.

The paragraph above was purposely included because the town has not been lucky with prudent and capable political appointees over time, more reasons why such issues need to be addressed.

Your Excellency sir, providence as placed you in a position to assist in bringing out to fruition the totality of inert potentials and beauty embedded in oyo state, and also to elevate her to enviable status in the domain of successful statehood.

Certain fundamental infrastructures, construction and refinement are needed to help shape and plan the valiant city adequately in our desired direction and shape, sir one of the prominent and vital need that concern the good people of Ogbomosho is the Maintainance of existing roads and construction of new ones, it is on record that In the past decade, Ogbomosho enjoyed good Asphaltic roads not just within Oyo anex but even in extention to other states and the nation at large.

The existing road are not Maintained/rehabilitate also new ones are not constructed, while I want to thank you in advance that the body in charge of State road Construction and the ministry will be deployed, down to Ogbomosho to observe the real state of things at your directive, I will like to let you know that some roads needs to be widen up, the valiant town Metropolis needs more dualized roads.

The single lane roads becomes more narrow and narrow as the population and users are increasing,some single lanes needs upgrading while this letter address some seeming lanes that needs upgrading in the later part, I want to quickly share with you the state of “Takie-city square road Condition”.

This round about is a major reason I’m writting to your Excellency sir, the takie city square roundabout calls for Urgent attention, the construction of the federal Lane bye pass highway has taken the attention of central Government, and this leaves them to abandon the road for over two decades.

Apart from lacking rehabilitation and Maintainance, this route is the only route that links every northern vehicles to Ibadan, Lagos and entirety of southwest state, thousands of trucks and vehicles takes this route on daily basis, there has been a lot of Community and individual self of Intervention projects on these routes, but then all efforts are rendered useless in less than 4-5days, I must also mentioned that the dualized lane form Baptist school of nursing down to first bank and Brent mall, was a project facilitated and done by First bank of Nigeria, in order to aid vehicular movements and reduce the rate of accidents, quite numbers of promising Youth of LAUTECH and good numbers of People has lost their precious lives due to the Unhealthy condition of the route. The road has fade away, from Post Office to oja-Titun along starlight is a deathtrap, too bad to be discussed, narrow and crooked.

As a listening Governor you’re sir, i am sure you will see to this Urgent issues as soon as possible sir, part of the routes are— High court area, behind Obà Oyewunmi house around Ore-Ofe Baptist Church, Sóun stadium to LAUTECH UnderG gate, Amazing Delicacy Junction to Pastor Bode/Ajibson area, iwàgbà culvert to Federal Government girls college, Ogbomosho central LCDA cooperative hall along Tacn Akandie to Okelerin junctions is not motorable, Dualization of Ogbomosho recreation club road to Sabo Starlight, rehabilitation of Afro Oke-anu route to GRA and Masifa Area is necessary sir, if by any means those route has been awarded then sir, I requested that all the contractors must face the full weight of law prosecution, for claiming the precious lives of Citizens, quite Numbers of Bridges and Culverts are left abandoned and suicidal cases are reported on daily basis.

Lastly sir, I’m seriously afraid of the disasters  of truck or fuel split that can occur in Takie-Apake route if a solution Is not provided quickly, over 10 commercial banks, malls, stores, petrol stations and multimillion business are grounded right in that Junction sir, there is no pedestrain walk side and our children are expose to car hit.

Thank you for your Good works sir, I am sure at the time been of the construction, it is going to provide massive employment and generate High Marginal IGR, also to ease movements, save lives and propel development and civilization within the town, meanwhile we are aware of the Financial Burden attached to this but then, these we demand from you sir.

Adeyemo Oludele Elijah is a LAUTECH student and concerned Indigene of Ogbomoso.

Can be reached via— [email protected]