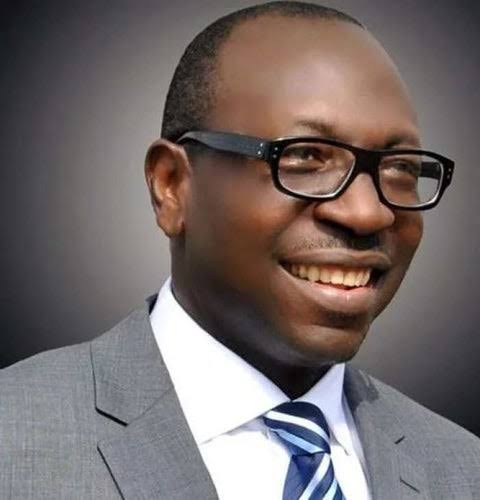 Some members of the Obaseki family have endorsed the candidate of the All Progressives Congress (APC), Pastor Osagie Ize-Iyamu, for the September 19 Edo Governorship election.

The Obaseki family backed Ize-Iyamu on Saturday in a meeting at the APC’s candidate private residence in Benin.

Victor Obaseki, a cousin of Governor Obaseki, while speaking at the meeting, admitted that although Godwin Obaseki is a kin, he won’t be getting the support of the family.

He said: “I am here today in the company of my cousins to support Pastor Osagie Ize-Iyamu.

“Godwin Nogheghase Obaseki, the executive governor, is our cousin.

“Generally, The Obasekis have their own way of doing things; we are a different branch of faith, we are supporting our brother, Pastor Osagie Ize-Iyamu with unalloyed support fully for him.

“I have supported him before, and I would continue to support him, we would do all our campaigns for him without let or hindrance, fully from the bottom of our hearts.”

On his part, Ize-Iyamu expressed his delight at the support of the Obaseki family, stressing that this serves as a confirmation of the poor administration that Obaseki has given to Edo state in the past four years.

He said: “Let me thank you for the endorsement. I have known some of you for many years and I am very happy that politics has not strained our relationship.

“It is true as Osaro said that far away in New York, I had the opportunity of meeting with him and other Edolites, where I shared my ambition.

Osaro has been a good gentleman and humble man, and has always declared his support.”