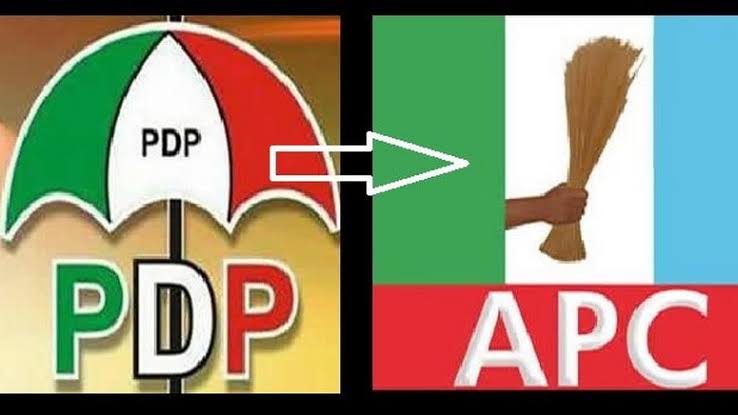 The Oyo state chapter of Peoples Democratic Party (PDP) has said that the Nigerian judiciary has again proven to be the last hope of the masses against undue political influence and manipulations of people will with the resounding judgement of the appellate court yesterday which upheld the dissolution of the sacked Oyo Association of Local Government of Nigeria (ALGON) by the Oyo government.

Oyo state PDP in a press statement jointly signed by the state chairman, Alhaji Kunmi Mustapha, the state Secretary, Alhaji Wasiu Adeleke, and the State Publicity secretary, Engr Akeem Olatunji, said that the judgement by the appellate court has put the case to final rest and all hands must be on deck to ensure that the people of Oyo State continue to enjoy good governance under the Governor Seyi Makinde led PDP administration.

According to the statement, PDP was not upbeat about what would be the outcome of the court which was a unanimous decision of highly respected judges in the legal profession because truth is always a constant factor in all situation.

Oyo state chapter of PDP, urged the embattled ALGON chairmen led by Prince Abass Aleshinloye to allow peace to reign in Oyo state by sheathing sword, stressing that the unnecessary legal battle it was engaging in was merely a test of might as members of the ruling class at federal level noting that no amount of influence from any quarter could subvert the will of the people.

The statement urged the sacked chairmen to deeply consider the damages and casualties which the lingered face off have resulted to since it started, adding that there was no way those who have lost their lives in the struggle such as in Ogbomoso’s case could be partakers of the dividend of democracy the present government is providing for the people.

Engr Akeem Olatunji explained that, the State High Court and the court of Appeal have upheld the state government’s decision over the dissolution of the sacked ALGON, stressing that even though the embattled chairmen have the fundamental right to approach the Supreme Court, it would be in the spirit of sportsmanship to willingly yield to the will of God by not making further unfruitful move to snatch a mandate they were never given by the people.

The ruling party explained that even though it has nothing to worry about should the sacked ALGON proceed to the supreme court it is urging the sacked chairmen to in the spirit of service to the people of the state put an end to the unnecessary legal battle they were being sponsored by some selfish politicians with blind ambitions to embark upon.

“Yesterday’s judgement was a resounding victory for democracy which has further deepen our faith and trust in the Nigerian judiciary as the last hope of the common man.

“It is very easy to predict an outcome of any event once truth remains uncompromised, we already knew the embattled chairmen had absolutely no case in this whole episode, it is more of deliberately trying to distract the present government which is of course not in the collective interest of the people.

“We however urge our aggrieved brothers and sisters in the opposition to stop the ‘wild goose chase’ and join hands with Governor Seyi Makinde and all the 68 Caretaker Chairmen in various local governments and LCDAs across the State in other to move Oyo state forward,” The statement reads in part.