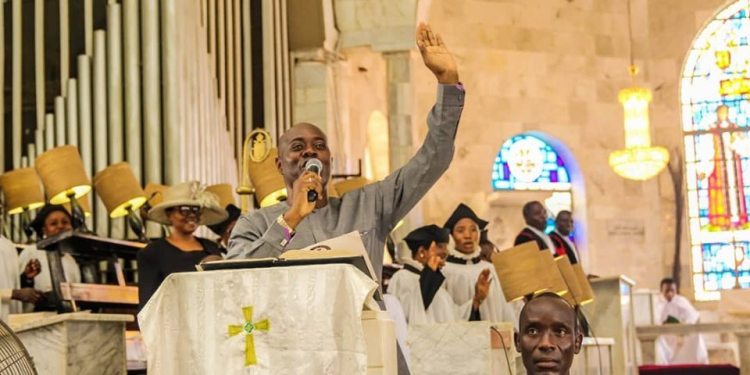 The Muslim Rights Concern, MURIC, has again knocked Governor Seyi Makinde over his recent appointment of Governing Council members in the state.

Makinde had on Thursday through his Chief Press Secretary, Taiwo Adisa reacted to initial statement by MURIC accusing the Governor of favouring Christians over Muslims in the state.

Taiwo Adisa stated that there are more Muslims among the newly appointed members of the state’s governing council for tertiary institution.

Reacting to the statement, MURIC described the statement issued by Makinde as pedestrian, deceitful and escapist.

The Organization noted that Makinde in his reply dodged the accusations that he appointed only four muslims out of fourteen Commissioners and only one Muslim as Governing Council Chairman out of the five available seats.

In the statement, which was signed by the Chairman of MURIC, Professor Ishaq Akintola, stressed that Governor Makinde is not sincere with muslims in Oyo State.

The statement read: “We are greatly amused by Governor Makinde’s response which was issued yesterday. His reaction is, at best, escapist, deceitful and pedestrian.

Makinde is not sincere with Oyo Muslims. Discerning Nigerians can see how he dodged the issue of appointment of chairmen raised by MURIC and went instead to membership razzmatazz.

“We accused him of appointing six chairmen among whom there is only one Muslim. The rest are Christians. Instead of addressing the issue of chairmen, he delved into the issue of board members. That is executive escapism.

The real issue is how many chairmanship positions did he give the Muslims? How many did he give the Christians? Nigerians are not so naïve. They know who holds the ace. Is it the chairman or the ordinary member who is a mere spare tyre? Power lies with the chairman. He is tangential. The member is just on the periphery. Makinde is playing politics with the welfare of Oyo Muslims.

“He also sidestepped the issue of appointment of commissioners raised by MURIC. We alleged that the governor appointed fourteen (14) commissioners but he only deemed four (4) Muslims fit for that position. He gave the Christians ten (10). This is despite the fact that Muslims are the majority in the state. So why couldn’t Makinde say something about his commissioners in his response? The governor has been too clever by half.

“Seyi Makinde also evaded the issue of his extravagant jamboree during the Christmas of December 2019 without a corresponding recognition of the Muslim festival marked four months earlier. This is public money and tax payers have the right to ask questions, particularly when one religion is being treated as the official faith of the state. Is Makinde going the Wike way? Is Oyo State a Christian state too?

“The fact that the governor came out to twist facts, distort history and accuse MURIC of failing to get its facts right before making allegations shows that Makinde is not remorseful. Yet nothing is worse than an unrepentant oppressor because he will do it again.

“For the purpose of microscopic clarity, we affirm that MURIC has nothing personal against Governor Makinde. Not even for being a Christian. We believe that a state like Oyo can be ruled either by a Muslim or a Christian.

We are not allergic to a Christian ruling Nigeria. Whether a leader is a Christian or Muslim is immaterial. What is important is credibility, competence, integrity and equity.”