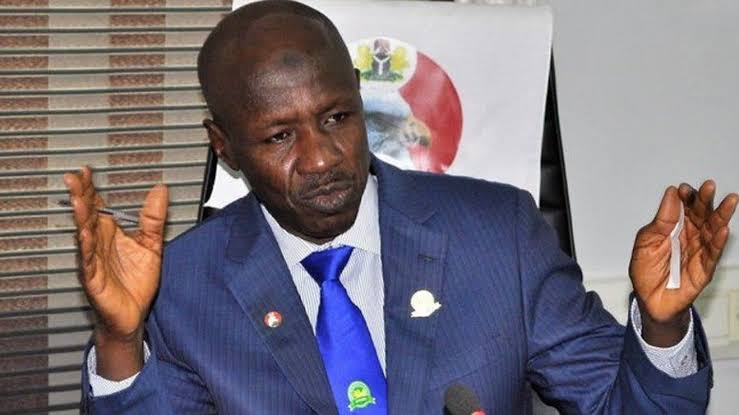 The suspended EFCC Chairman, Ibrahim Magu, has been released from after 10 days in detention.

The suspended chairman of the anti-graft agency, EFCC, Ibrahim Magu was released on Wednesday evening.

Magu was arrested last week Monday and has been detained by the police since then.

He has been appearing before a presidential panel investigating allegations of corruption and insubordination levelled against him by Abubakar Malami, Nigeria’s justice minister.