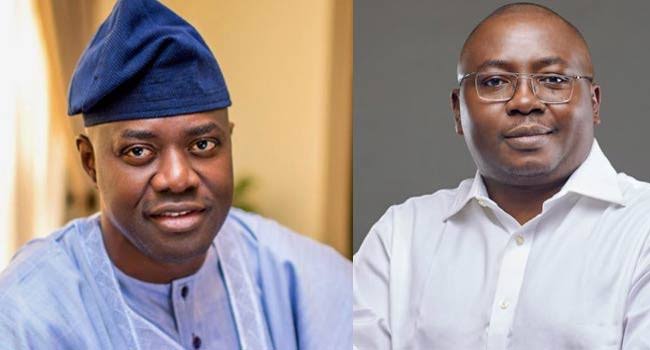 The gubernatorial candidate of the All Progressives Congress in the 2019 general elections, Oyo State, Chief Bayo Adelabu on Saturday said the commissioners under the Seyi Makinde led administration are not visible.

Adelabu, a former deputy governor of the Central Bank of Nigeria, CBN, stated this while featuring on Ibadan-based radio station Fresh FM.

He was speaking on the affairs of the state for the first time since he lost his gubernatorial bid in 2019.

Adelabu said, “Makinde should challenge his commissioners, he is not the only one. If you are putting too much burden on yourself you can’t achieve anything.”

”As I am talking to you I can’t remember the name of any commissioner in Seyi’s cabinet; they are not visible. You can’t be Jack of all trade; you will be master of none. That is why you have appointed them at their respective capacity for them to help your government, help us as citizens,”.

Adelabu, who also described the Agric policy of the current administration in the state as an unserious one, questioned the rationale behind the decision to locate Agric settlement at Akufo and Eruwa when OkeOgun region of the state have one of the best environment for agricultural practice.

He noted that the unserious attitude of the current administration in terms of agriculture is underscored by its decision to kickoff the farm settlement projects in Eruwa and Akufo while the office the commission is in Saki.

He also decried the failure of the Seyi Makinde led administration to employ the school governing councils started by former governor, Abiola Ajimobi, for the development of schools in the state.