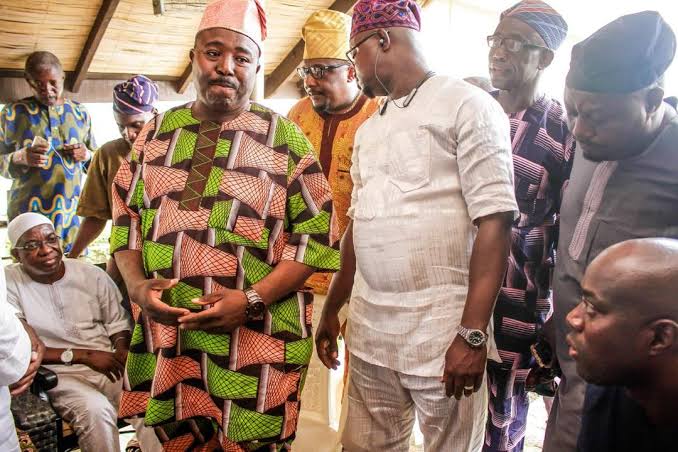 The Gubernatorial candidate of Zenith Labour Party (ZLP) in the 2019 general elections in Oyo state, Chief Sharafadeen Abiodun Alli has warned the special adviser to Governor Seyi Makinde, Oduyoye to desist from an attempt of causing crisis in ZLP with his comment.

In a statement personally signed by him and made available to Mouthpiece NGR on Thursday, Barrister Sharafadeen Alli said Oduyoye’s recent comment on a radio program was an attempt to create crisis in ZLP, especially between himself and the arrowhead of the party, Senator Rasidi Ladoja.

The former Secretary to the state government insisted that Governor Seyi Makinde of the state has reneged on the promise he made to the party before the election.

“The trio were persuaded by a former Governor of the state, Senator Rasidi Ladoja”.

“It was gathered that during the talks which Ied to Makinde’s endorsement as the sole candidate, some agreements were reached with the trio and others who worked for the Governor’s success in the election”.

“Oduyoye had on a radio programme in Ibadan said the governor had fulfilled his part of the agreement, blaming Akogun Alli for not being sincere with members of his party”.

“Alli who faulted the claims said Makinde promised two commissionership slots for the party and one for Baba Ladoja. He said he fulfilled only his promise to Senator Ladoja which made nobody to complain about the one given to Baba Ladoja”.

“But he reneged on the promise he made to the party,” Alli said

“Alli while speaking with journalists in Ibadan said that he saw the assertion as an attempt to cause a crack in the ZLP especially between him and Senator Ladoja”.

He warned Oduyoye and his co-travellers not to dabble into ZLP politics but face the issues which are already tearing PDP apart.

“Most of the assertions are not correct especially as it affects ZLP. He promised 2 slots for the party and 1 for Baba”.

” There’s therefore no cause for anyone to complain about the one given to Baba Ladoja, he reneged on the promise he made to the party”.

“I have never been or agreed to be a member of the GAC as stated by Oduyoye. I also see it as an attempt to cause a crack in the ZLP especially between Senator Ladoja and myself”. Alli concluded