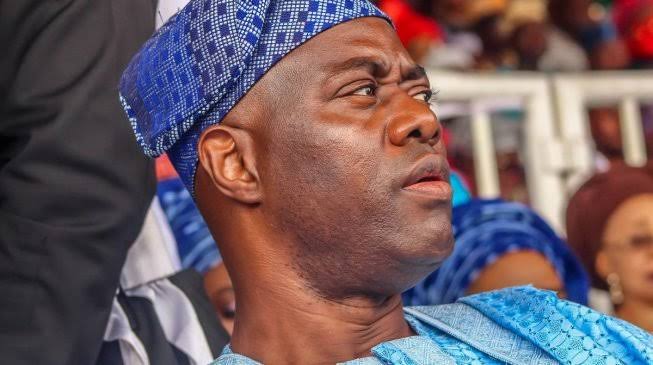 Workers in Oyo State owned tertiary institutions under the umbrella of the Joint Action Committee (JAC) has warned the governor of the state, Engr. Seyi Makinde to address some irregularities affecting the welfare of its members to forestall peace, Mouthpiece NGR reports.

The groups issued a 14-day ultimatum to the State government, saying; “failure to do this might lead to disruption of industrial peace in the tertiary institutions sector.”

The union in a communique signed by its chairman, Oyewunmi Olusegun, after a meeting recently held at assembly hall of The Polytechnic, Ibadan, noted that many of their demands in the last one year has not been addressed, despite their meeting with the governor.

The union said the situation is now having serious negative effects on the system and the entire workforce of the Institutions.

Their demand according to the communiqué are speedy actions on the constitution and inauguration of Governing Councils for each Institution with immediate effect, prompt payment of outstanding promotion related matters, provision of enabling environment such as funds, equipments and facilities and personnel for immediate and successful accreditation of all affected courses and Institutions.

Others are quick resolution of all issues relating to the commencement of the implementation of the consequential effect of the new minimum wage for tertiary institutions workers such that the June 2020 salary will be reflective of this.

The union however appreciated the governor for prompt payment of salaries since he assumed the office as the executive governor of the state.

Part of the communique reads; “we do not wish that such will be usurped by any form of unnecessary foot dragging, as JAC may not be able to guarantee sustained industrial peace in the tertiary Institutions Sector, if these salient issues are not appropriately addressed within the next two weeks.

Meanwhile investigation by Mouthpiece NGR however revealed that the governor upon assumption to office also dissolved the governing council of Ladoke Akintola University of Technology, LAUTECH, Ogbomoso.

The institution which is jointly owned by Oyo and Osun state government had for the past few months without Governing council chairman and representatives from Oyo state Government.

The governor removed GC PRF Afolabi along other representatives from Oyo state and yet to replace them.

An action which some had condemned as it slows down key activities in the school.