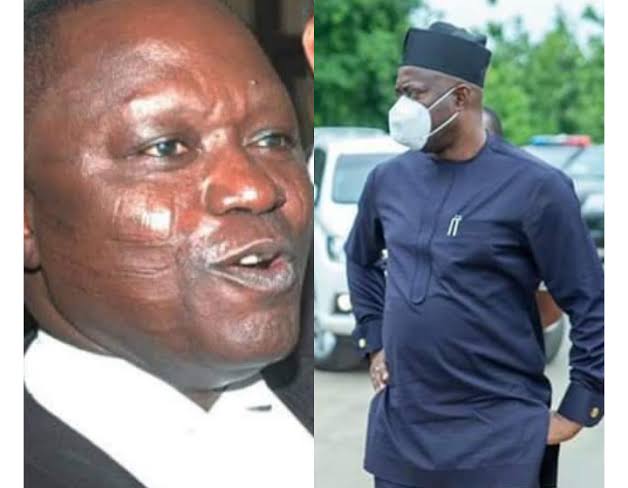 A Senior Advocate of Nigeria (SAN) Chief Adeniyi Akintola on Wednesday said the Oyo state government led by the Peoples Democratic Party (PDP) has started its lawlessness by not following due process before taking decision.

The legal luminary who spoke shortly after his appearance before justice Segun Olagunju of court 5 Oyo state High Court during the hearing of a case of demolition of a petroleum station, cited at Ojoo junction in Ibadan said his client has clearance from DPR, Federal Government and the state ministry of land.

He noted that the demolition is a prove that PDP is a government of lawlessness and impunity.

Akintola said; “It is the case of lawlessness on the part of the Oyo State government. There was allocation of land to my client by the state and federal government to build a petroleum station. The filing station has been built on it and it is on the Federal government road.

When the current administration came on board, the government showed interest in the property and that is why when you look at the defense of the case filled in court, they were talking of “political consideration.”

“They were castigating the immediate past governor of the state that gave the approval for the construction. It will interest you to know that my client got approval from both federal and state governments. In fact, the federal government gave him C of O on the land.  He got approval from the DPR, state ministries of land, trade and investment in line with the Supreme Court decision.

“Not knowing that they don’t have any right on the land. The land use act is very clear on it. The land in the state vested with the government in the state with exception of the Federal government and it’s agencies. The State government has no right to revoke any land that is not vested in its jurisdiction.

“Despite all that, they still went ahead to remove the roof.  The case was filled against the state government since last year but they took advantage of covid 19 and filled their defense that my client acquired it illegally.

“But we have passed this stage in Oyo state before now.  For those of you in the state,  you remember during the time of Akintaro, the Ibarapa man, we obtained 12 different judgment, but they still went ahead against the judgement. During the time of chief Rasidi Ladoja, we got his impeachment annulled here in this court,  they still went ahead with their lawlessness. That is their character. It is unfortunate that the two ministries concerned are headed by lawyers,” he said.