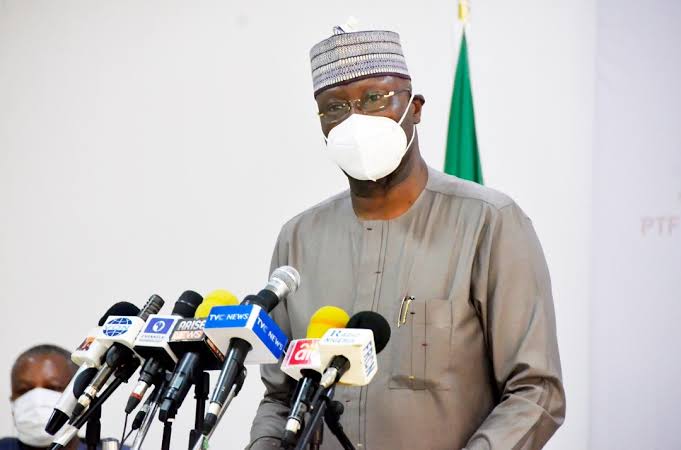 The Federal Government may consider a lockdown of the 18 Local Government Areas considered to account for 60 per cent of confirmed COVID-19 cases in Nigeria in the next phase of eased lockdown in the country.

The Chairman of the Presidential Task Force on COVID-19, Boss Mustapha, gave the indication in an interview with The PUNCH and other State House correspondents after leading some members of the task force to brief the President Muhammadu Buhari at the Presidential Villa, Abuja on Monday.

Mustapha, who is the Secretary to the Government of the Federation, said affected state governments would implement what he called “precision lockdown.”

While noting that the nation has not reached its peak as far as confirmed cases were concerned, he urged all stakeholders to ensure compliance with all non-pharmaceutical interventions.

He also gave an insight into the reason behind the low fatality rate in Nigeria, saying 80% of the infections are in the age bracket of 31 to 40 years, which he described as a very active part of the population.

According to data earlier released by the Nigeria Centre for Disease Control, 11 out of the 20 local government areas that account for 60% of the cases are in Lagos State