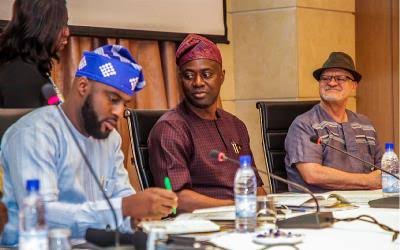 Mouthpiece NGR recall the House at its plenary on Tuesday granted the request of the Governor to borrow 20bn loan from bank.

According to the Speaker House of Assembly, Hon. Ogundoyin, the Governor in two separate letters requested to access N20bn contractor financing loan facility from First Bank and another N2.5bn CBN credit support intervention fund for the health sector in the state.

Reacting to the approval, the group in a press statement signed by its secretary, Engineer Gbeminiyi Ayodele Micheal described the lawmakers as yes-men and errand boys.

The statement reads in part, “We are worried at the rate at which the present administration is getting addicted to loans. The legislative arm will continue to be rubber-stamp as long she is abandoning her role as checks and balances to the executive.

“We suspect foul play on the path of the assembly members for their accelerated approvals given to the latest loan requests. Can we say money has been exchanging hands? Or Has the governor successfully bought over the opposition honorables?”

“Much as we would welcome any genuine efforts to develop the state, we strongly condemn the hurried approvals of the loans. We are concerned governor Makinde keeps borrowing without something tangible to show for the loans in almost one year in office. N40.1b loans in less than one year call for concern”.

“The most embarrassing aspects of the approval is that the house did not give details about the interest rates, mode of repayment, duration of facility, security, moratorium and others” the statement concluded.