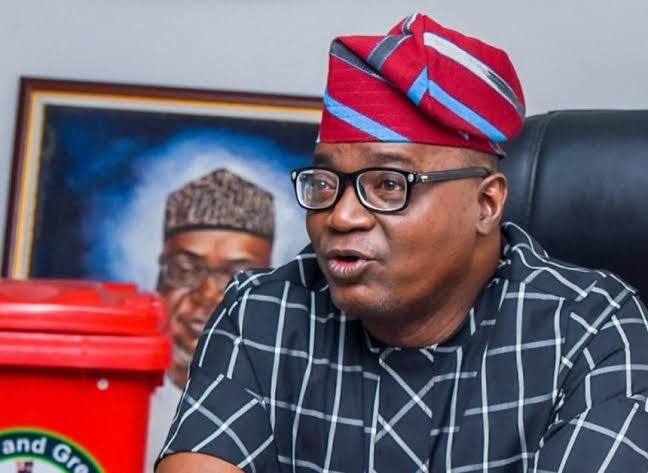 Former House of Representative and PDP Chieftain in Oyo state, Hon Mulikat Akande-Adeola has described the death of late Commissioner for Environment, Rt. Hon Ayoola JP as a rude shock, adding that it was a great loss to Oyo state as the decease meant well for the development of the state in his discharge of governmental functions.

In a condolence message to his family, Rt Honorable Mulikat Adeola noted that Hon Kehinde Ayoola was an asset who is so loaded with wisdom and experience that requisite in a corridor of power for the progress of the state.
She said the vacuum that the late Commissioner left behind would be seriously felt by everyone.

The former majority leader condole with His Excellency Gov. Seyi Makinde and His Royal Majesty Oba Lamidi Adeyemi ALAFIN for the colossal loss. She prayed that the lord would grant them the willpower to manage the emotional pain the demise of their loyal and dedicated friend and son has brought upon them.

She also commiserate with the family of late Kehinde Ayoola, his lovely and supportive wife and children, and prayed that the Lord Almighty would grant them the fortitude to bear the irreplaceable loss.