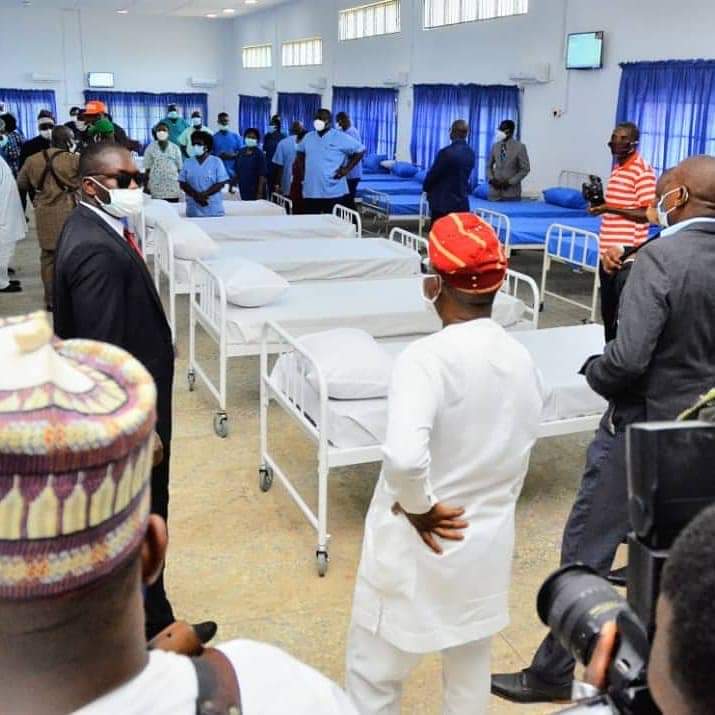 Fresh crises may seems to have engulfed the Ladoke Akintola University of Technology, following the commissioning of a 160-bed isolation centre by Osun state Government at one of the school’s building.

LAUTECH, a jointly owned institution is currently managed by both Osun and Oyo state government.

The university which was formally known as OSUTECH in 1990 has two teaching hospitals located in Osun state while other one was founded in 2008 during the tenure of Oyo state former Governor, Otunba Adebayo Akala.

Osun state Governor, Gboyega Oyetola, In an effort to contain the spread of Coronavirus, on Wednesday, reportedly converted one of the school building located at Mercyland to Osun state’s isolation center.

The building is said to be one of the school property and owned by the two states.

Mouthpiece NGR learnt the health facility located at Mercyland hospital in Osogbo, was renovated by a non-governmental organization, the Coalition Against Covid-19 (CACOVID).

The coalition also donated 100 beds with equipment and consumables, in addition to 60 beds donated by the state government.

A staff suspected to be Pro Makinde while speaking with Mouthpiece NGR on phone accused Osun state Governor, Gboyega Oyetola of converting what belong to the two states to one man property.

He said: LAUTECH is still on a joint ownership, and as such; any of the school property is co-owned.

Another source added that the property was owned by one late medical doctor in Osogbo who handed it over to LAUTECH.

He explained that the place was commissioned by Lam Adeshina and the then osun State Governor, Bisi Akande.

“Mercy land is where College of Health sciences started from before moving Departments and Faculties to Isale Osun.

“The faculty of Nursing according to what I was told are planning to use the place (Mercy land).”

He stated further: “I visited the place a month ago and just one wing that BMLS lecturer uses before for offices and administrative office was prepared for isolation.”

“I guessed the intervention of CA- Covid brought the expansion”.

“But the animal house that is been used for research is still there likewise Community Medicine Laboratory, he added.

Meanwhile another source with a contrary reaction said Mercyland is a LAUTECH Osogbo property owned by the state government.

“It was a state hospital before it was turned to the College campus for medical students. After which Isale Osun was built and medicine and nursing moved there leaving Mls who later moved few years ago.

He added that the building was used by the state government as a state hospital annex before moving them to another location.

Efforts to speak with the school management and CMD of LAUTECH Osogbo hospital proved abortive, at the time of filling this report.