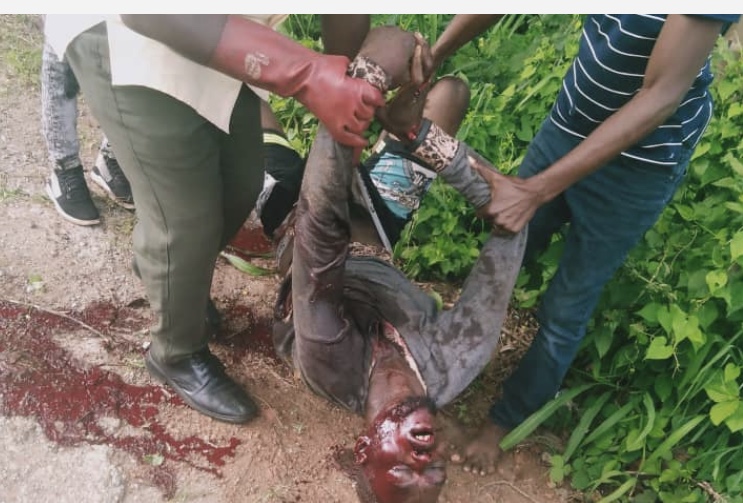 A 26-year-old man, Olajide Asade was on Wednesday crushed to death by a Mazda car loaded with create of eggs along Isiun-Abeokuta expressway.

According to reports, the accident occurred when the deceased was making video call with his girlfriend while crossing the expressway.

It was gathered that the deceased and his brother took a commercial car from Kuto garage in Abeokuta before the car had a mechanical fault in Isiun and was parked at the road side.

“While other passengers were standing by the road side waiting for the driver to repair his vehicle, the deceased was concentrating on video call with his girlfriend”.

One of the deceased relatives traveling with him on the journey said they were both travelling to visit their mother in Ajah area of Lagos State.

The deceased relative who identified himself as Azeez said his brother has been making the video call with the girlfriend since they took off from Kuto Garage in Abeokuta.

Azeez stated that, him and his deceased brother left their house situated at Ijoga area of Ogun State very early the morning before they got to Kuto Garage.

He maintained that the driver of the car who hit the deceased was on normal speed.

Speaking with the driver of the car, Bolaji Balogun told newsmen that the deceased rammed into his vehicle while on transit on the expressway.