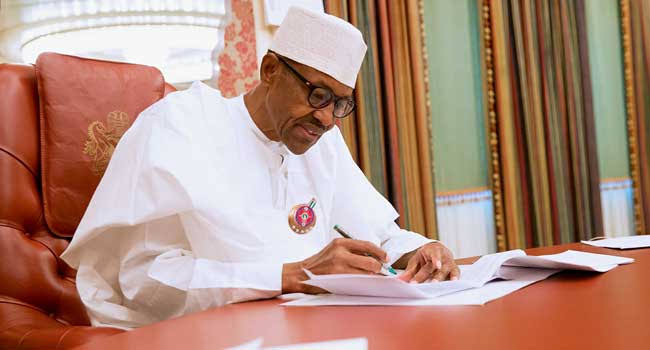 This came barely three weeks after another aide of the former governor, Prof. Adeniyi Olowofela, was appointed into the Federal Character Commission.

Kolawole was the special adviser to Ajimobi on economic and budget matters for 5 years. He had served late former governor Lamidi Adesina as liaison officer between 1999 and 2003.

Kolawole attended the famous Ibadan Grammar School, Ibadan for his secondary education between 1974 and 1979.

He obtained a Bachelor of Science (B.Sc) degree in Economics with Second Class Honours Upper Division from the prestigious University of Ife now Obafemi Awolowo University, Ile-Ife, in 1988.

Kolawole was admitted to the first Department of Economics in Nigeria at the Nation’s premier university, University of Ibadan, in 1991 where he graduated with a Master of Science (M.Sc) degree in Economics in 1992.

His areas of specialization include Monetary Economics, International Economics and Petroleum & Energy Economics.

In his quest to attain the greatest height in academics, Dr Kolawole proceeded to University of Abuja, Nigeria’s Federal Capital Territory, in 2001 and graduated with a Doctor of Philosophy (Ph.D) degree in Political Economy and Development Studies in 2004.

He graduated top of the class with average score of an A in all the courses at the Ph.D level.

In May 1999, the then Executive Governor of Oyo State, His Excellency, Alhaji Lamidi Onaolapo Adesina appointed Dr Kolawole as the State Liaison Officer for Oyo State Government at the Federal Capital Territory, Abuja.

In this capacity, he was responsible for co-ordinating activities of the State Government in FCT and liaised with the Presidency, National Assemblies, Federal Ministries & Parastatals, all Foreign Embassies in Nigeria and Northern State Governments. He left in May, 2003 having valuably and productively served for four years.

In February 2014, the Governor of Oyo State, His Excellency, Senator Abiola Ajimobi appointed Dr Isiaka Kolawole as the Special Adviser to the Executive Governor on Budget and Economic Planning, and he served in this capacity for two consecutive terms, upon his reappointment in February 2016.