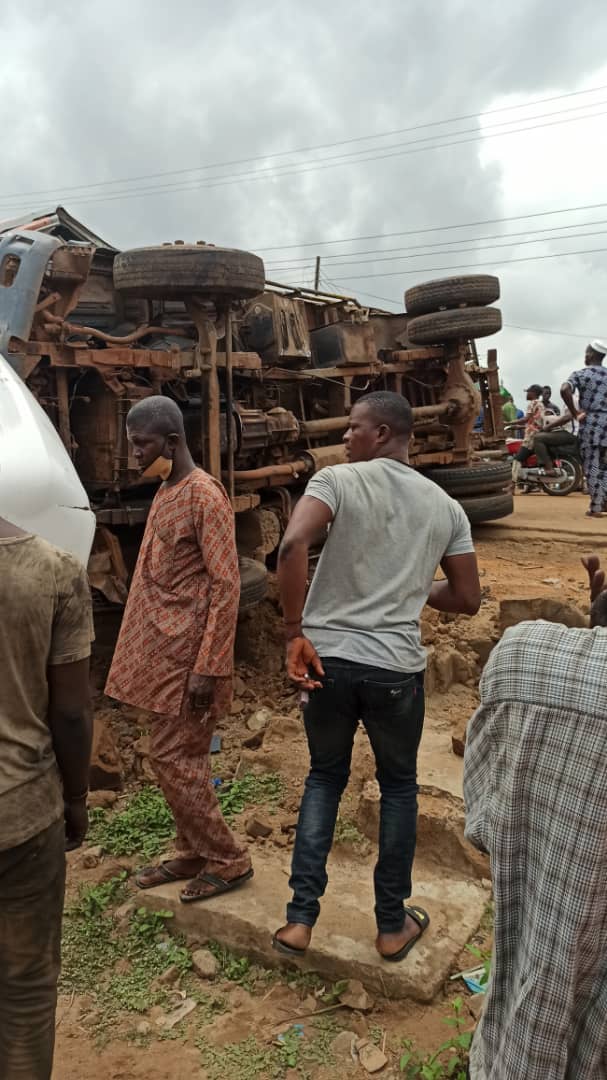 About four people have been confirmed dead in a ghastly motor accident that occurred early this morning at Apake area along Ogbomoso Ilorin road.

Mouthpiece NGR gathered that several people were also injured as mini articulated vehicle ran into people’s cars and motorcycles along the road.

An eye witness who confirmed the incident said four people died on the spot while the one in coma and seriously injured were taken to Ladoke Akintola University Teaching Hospital, ogbomoso.

It was gathered that the northern bound vehicle loss break while trying to circumvent arrest from the officers of the road safety corps.

However, Bolade Olugbesan, Unit commander of the FRSC absolves his officers from the incident saying they were not in close range to the venue of the incident.

Another source said that those who lost their life were motorcyclists.

As at the time of filling this report, the office of the Road Safety at High school area have been heavily manned by fully armed security operatives to prevent attack from the some of the aggrieved residents who may want to attack the FRSC officers.