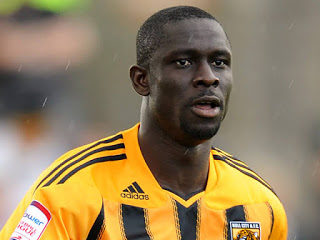 Former Super Eagles’ midfielder, Seyi Olofinjana is one of the proofs for one adage that says “It’s only destiny that knows what anyone will do to be successful in life.”

Olofinjana graduated from Chemical Engineering in LAUTECH and became a world class footballer and Wolverhampton legend.

He was a Nigerian international payer and played vital role winning medals for super eagles.

Olofinjana began his career In 1998– 1999 with local sides Crown FC and Kwara United before moving to English club Wolverhampton wanderers.

He became a regular at molineux making 213 appearances for the club over four seasons before joining premier league club Stoke city in August 2008 for a fee of 3million dollars.

He played only the 2008–2009 season with the team before joining another top flight side, Hull City, again for a fee of £3 million.

Mouthpiece NGR understands that when this legend was in LAUTECH, he was part of the players that represented LAUTECH at different competition and played for school teams.

While in school, he lived in stadium area and also played for stadium boys, Masifa United respectively before sighted by Crown FC.

Today, he’s a legend and will forever be loved by everyone. Anyone who have his contact should kindly tell him that I miss him and also appreciate the day he gave me Ragolis water he drank after featuring in a match against a visiting team, Prime FC, Osogbo.

The match ended 2:0 in favor of home’s side. It was a memorable day.

It would be nice to meet with him once again— The author, Oyedeji Ahmed (MouthpieceNGR) is a LAUTECH graduate.